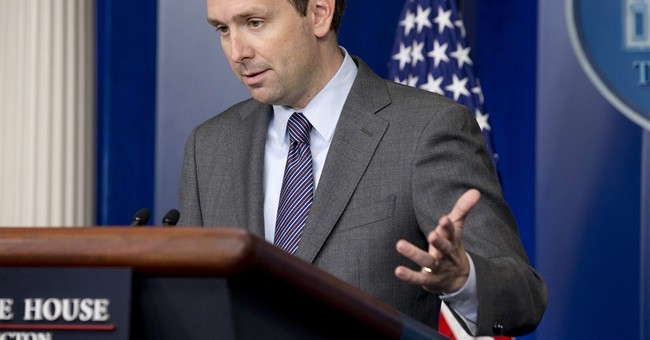 "As I believe I said yesterday, we certainly congratulate the Israeli people on the completion of another election and again the fact that there are free and fair elections in Israel that sort of determine the political leadership of their country is one of the many important things the United States has in common with Israel. It's part of what forms the bond between our two countries, this sort of commitment to Democratic principles and the Democratic tradition and the President does intend later today, or as early as today at least, to telephone the Prime Minister to talk to him about the election and to offer him congratulations on the apparent victory for his party in the elections," Earnest said.

Apparent victory? Is Earnest implying Netanyahu's re-election isn't legitimate? Considering Netanyahu won by a larger percentage than expected, the use of "apparent" to describe election results is highly questionable.

It's become clear the Obama administration is disappointed, to say the least, about Netanyahu holding onto power.