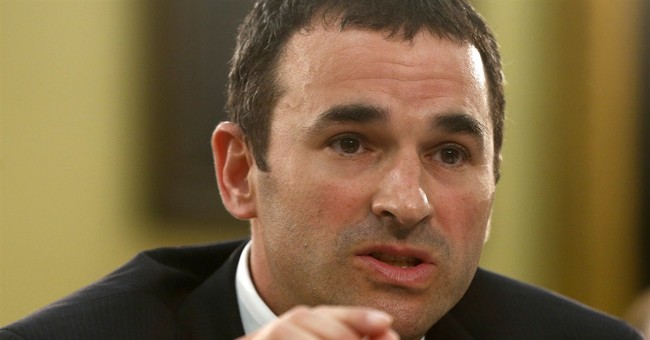 As Townhall reported earlier this week, the IRS spent $4.1 million on a single conference in Anaheim, California in 2010. Since 2010 the IRS has spent $50 million on lavish conferences. The agency also used taxpayer funds to make two YouTube videos about dancing and Star Trek.

According to a report issued Tuesday by Treasury Inspector General for Tax Administration [TIGTA], the IRS spent $4.1 million dollars on a single conference in Anaheim, California for the small business and self-employed division. The conference was held in August 2010 and attended by 2,600 employees who stayed at Marriott, Hilton and Sheraton hotels.

TIGTA found through an audit of fiscal years 2010-2012 that the IRS had questionable expenses for "planning trips, outside speakers, video productions, and promotional items and gifts for IRS employees."

According to the report, the IRS broke its own policy by failing to use internal IRS employees to search for the best rates on locations, hotel rooms and other accomodations.

"They relied on outside event planners who were not under contract with the IRS to identify possible off-site locations. These planners had no incentive to negotiate a favorable room rate for the IRS. Instead, the three hotels paid the event planners an estimated $133,000 commission based on the cost of the rooms paid for by the IRS," a report summary states. "The IRS also paid over $30,000 for 45 IRS employees who reside in the local area to stay at the hotels and incur per diem expenses while at the conference."

In addition, the IRS paid $135,350 for 15 outside speakers at the conference. The keynote "speaker" was a painter who painted six pieces in order to "reinforce his message of finding creative solutions to challenges." Some paintings were given to charity and employees and one was lost.

Late Wednesday the Wall Street Journal reported a direct link between Washington and IRS officials in Cincinnati, but we still don't know who gave the direct order to start targeting Tea Party groups.

Transcripts of the interviews, viewed Wednesday by The Wall Street Journal, appear to contradict earlier statements by top IRS officials, who have blamed lower-level workers in Cincinnati.

Elizabeth Hofacre said her office in Cincinnati sought help from IRS officials in the Washington unit that oversees tax-exempt organizations after she started getting the tea party cases in April 2010. Ms. Hofacre said Carter Hull, an IRS lawyer in Washington, closely oversaw her work and suggested some of the questions asked applicants.

"I was essentially a front person, because I had no autonomy or no authority to act on [applications] without Carter Hull's influence or input," she said, according to the transcripts.

The hearing begins at 9:30 am and can be watched live here.