IRS Commissioner's 118 Visits to the White House Were Abnormal 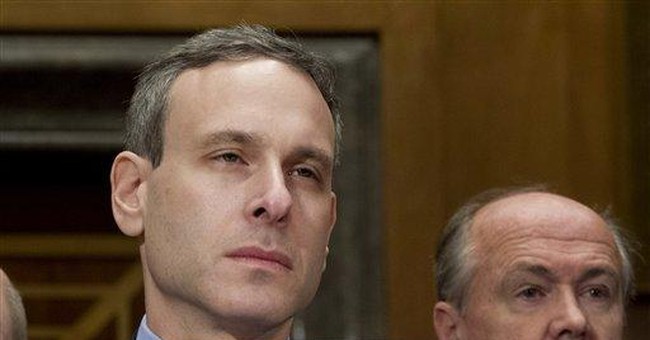 Last week we learned that former IRS Commissioner Doug Shulman, who was well aware of Tea Party targeting in spring 2012, had visited the White House 118 times between 2010 and 2011. This was the same time period when Tea Party groups began filing their forms to become 501(c)3s. Shulman said he visited the White House to discuss budgeting, the implementation of ObamaCare and to attend the Easter Egg roll.

According to Republican Rep. Jim Jordan and White House visitor logs, former IRS Commissioner Douglas Shulman visited the White House 118 times in 2010 and 2011. This is the same time period when Tea Party groups were inappropriately targeted and intimidated by the IRS.

Testifying in front of lawmakers on Capitol Hill Wednesday, Shulman admitted that many of the meetings with the White House were to discuss how to implement ObamaCare.

"The IRS has a major roll in the money flow," Shulman said.

Shulman denied ever discussing 501c(4) groups with White House officials and failed to name who he met with during his visits. At the time Shulman met with the White House throughout 2010 and 2011, Tea Party and Patriot groups were expressing opposition to ObamaCare.

Shulman made it seem like White House visits by the IRS commissioner are normal, but according to new numbers put out by Investors, frequent visits are abnormal.

Mark Everson, who ran the IRS during most of the George W. Bush administration, from 2003 to 2007, apparently visited a single time, grousing that he felt like he had "moved to Siberia" because the tax collection agency was so out of the policy loop.

So why exactly would IRS Commissioner Shulman under Obama be at the White House 117 more times than IRS Commissioner Everson under Bush? One basic and obvious explanation is ObamaCare. After all, the IRS will be responsible for enforcing the legislation. Regardless, after the IRS targeting of conservative groups, the American people deserve a detailed explanation about why Shulman was at the White House so often, who he talked to and what was talked about. Information about how the IRS works should not be top secret.