Eric Holder on Secretly Monitoring the Press: "I Know Nothing" 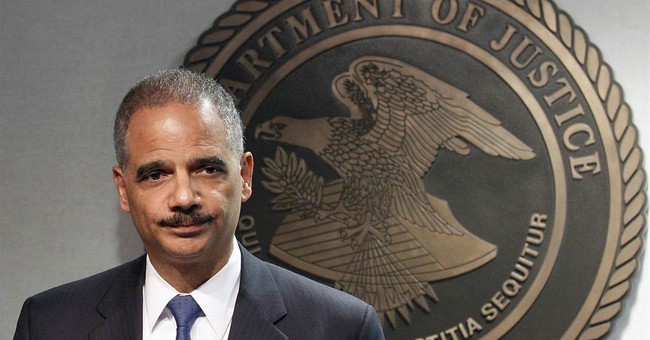 Under pressure from lawmakers Wednesday to explain why the Department of Justice secretly monitored the personal and work phones of Associated Press reporters, Attorney General Eric Holder shielded himself from responsibility by claiming, "I don't know."

According to Holder, Deputy Attorney General James Cole signed off on a subpoena allowing for the monitoring of AP reporters and editors after Holder recused himself from the case. The law requires the Attorney General of the United States to sign off on subpoenas related to press monitoring. Holder claimed throughout the hearing that because he recused himself "early on," he knew nothing about the details of DOJ snooping.

Here is a list of a few of Holder's quotes in response to the phone monitoring case:

I don't know, I was recused from the case.

I do not have a factual basis for that answer because I was recused from the case.

Again Mr. Chairman, I don't know what happened there with the interaction between DOJ and the AP, I was recused from the case.

I simply don't have a factual basis to answer that question.

I am not familiar with the reasons why the subpoena was constructed in the way it was because I was not part of the case.

The head of the RNC called for my resignation even though I was not the one who made that decision.

"I want to know how and why you recused yourself," Lofgren said. "It seems clear to me the actions of the department have in fact impaired the First Amendment....The regulations say that these records should not be contained in a compulsory manner."

Holder said he took no formal steps when he recused himself from the case and did not submit his recusal in writing. He said to the Committee that he appointed people within DOJ to take over the case. Holder claimed Wednesday that because he recused himself, he was completely separate from the case and the people working on it. Holder said the White House probably found out about DOJ monitoring or AP reporters by "reading the newspapers."

On the IRS targeting of conservative groups, Holder said that an apology from IRS officials isn't enough to escape criminal prosecution of laws were broken in the process. Many violations inside the IRS, including using IRS power to intimidate someone or a group for political purposes, amounts to a five-year felony.

"Anybody who has broken the law will be held accountable," Holder said.