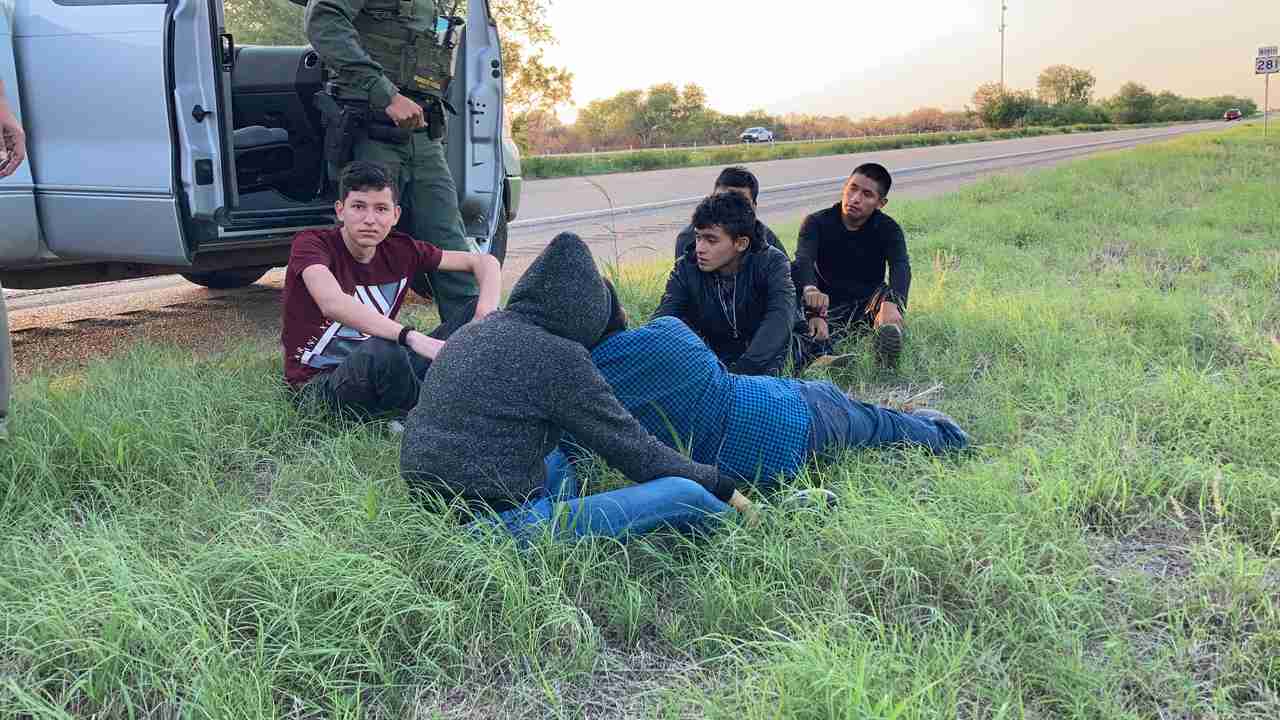 BROOKS COUNTY, Texas — The sun was beginning to set while Brooks County Sheriff's Deputy Castanon was driving south on U.S. Route 281. We had driven past the Border Patrol checkpoint that searches vehicles going north when a call for backup came over the radio.

A Border Patrol agent had pulled over a pickup truck transporting six illegal immigrants, and the driver was attempting to get away while the agent had the door open. Castanon threw on the lights and sirens and sped down the highway.

A Texas State trooper was on the scene by the time we got to the Border Patrol agent's location. The agent managed to take the keys out of the ignition to prevent the driver from speeding away. The driver's cargo consisted of five males and one female. Much of the group was over 18-years-old.

It was a scene that plays out on a near-daily basis in Brooks County, which is about an hour north of the U.S.-Mexico border. Its population is small, around 7,000 people, and yet it is very much on the frontlines of the ongoing surge of illegal immigrants crossing into the United States.

"It's every day, man. It's constant," Castanon said about the daily chases and illegal immigrant encounters law enforcement deals with in their area of operations. The situation in Brooks County has worsened since January of this year, he added.

According to Castanon, up until recently, there was only one Border Patrol agent to patrol Brooks County because most of the other agents were sent down to the Rio Grande Valley to deal with the surge of illegal immigrants. Now, their area of Route 281 has been reinforced with Texas State troopers and additional Border Patrol units.

Still, there are daily instances where law enforcement knows there is a car or truck full of illegal aliens but are unable to respond in time to catch the vehicle in question. What often happens is the driver drops off the group on the side of the road before the BP checkpoint and gives one person a phone and pinpoint on a map to get to so they can be picked up.

"Some days you’re busy at the beginning of your shift until two in the morning; other days, we don’t get a call," Castanon, who works at night, told me.

Later in the night, and closer to the BP checkpoint, two young women with an older gentleman were pulled over by a Texas State trooper. The girls at first told the trooper the older man was their stepdad. Then one woman spilled the beans after being questioned: He asked them for a ride to Houston when they were in McAllen. He was an illegal immigrant.

The ranchers in the area are in a constant battle to keep their fences in good working order since illegal aliens cross over them every day, often damaging them in the process. To combat this, ranchers sometimes install ladders on their fences so the trespassers can use them to avoid causing damage.

One rancher got so fed up with one section of his fence being constantly ruined that he parked a trailer right behind it.

When Castanon and I were driving through the backroads of Brooks County, which serve as the pickup points for border crossers, dispatch radioed that two more cars with illegal immigrants had been spotted. Indeed, I can see how easy it would be for human smugglers to use the remote roads to pick up their passengers under the cover of darkness.

In April, U.S. Customs and Border Protection had 178,622 encounters with immigrants attempting to illegally cross into the United States from Mexico, up from 173,348 apprehensions in March. Under the Centers for Disease Control and Prevention's Title 42 authority, 111,714 expulsions were made during the same time period.