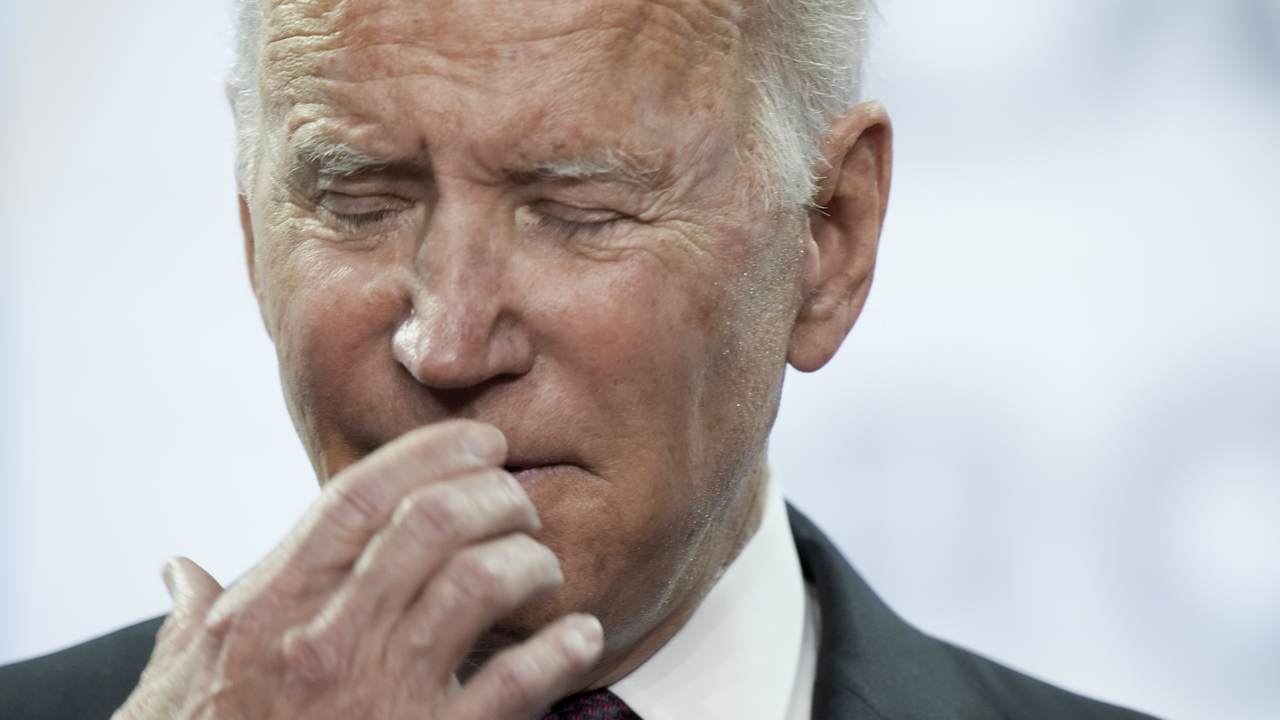 We've spent the last few days ripping Biden's lie-filled speech apart on substance and tone, and it deserves every single bit of scorn it receives. The heartening side of this ugly episode is that his demagogic bullying has failed. Consider three pieces of evidence. First, some fact-checkers have dug into some of Biden's assertions (I'd still like to see him really pressed on Georgia vs. Delaware election laws, which would be entertaining and illuminating), and to the shock of nobody, it appears that Biden invented a story about his pro-civil rights exploits.

The Washington Post examined Biden's boast about being arrested during the civil rights struggle and awards him "Four Pinocchios" for this shifting and totally unsubstantiated story – which is reminiscent of his previous "Four Pinocchios" Mandela/apartheid fable:

In three cases, Biden asserts he was arrested for standing on the porch with the Black couple who were subject to demonstrations. On the face of it, that doesn’t make much sense. After all, what would be the charge? In two versions, Biden says the police merely brought him back home from the protest after he stood on the porch. That makes a little more sense, though it’s unclear why police would take the time if they had their hands full with a protest. In any case, this means there would be no arrest record...It’s possible that police might have taken the young Biden home from a dangerous situation — as he said twice — but that’s not an arrest. Moreover, one would think such a memorable incident would have made it into one of Biden’s memoirs. Instead, it’s not mentioned in the book that specifically references the conversation with his mother about joining the ticket. Ordinarily, one would think such a memorable moment in a young man’s life would have merited an earlier recounting.

Perhaps Joe Biden should pen a new and enhanced memoir, in which he recounts a multitude of false memories that reflect what he wishes he'd done in his life. Think Forrest Gump, just even more fictional. It would take a small army to track and correct all of Biden's falsehoods from his Tuesday rant, but these two pieces are a decent place to start. Second, the Senators Biden attempted to bully into submission have not been bullied into submission. West Virginia's Joe Manchin reaffirmed on his position for the millionth time just prior to the president's speech, and the other publicly pro-filibuster Democratic senator seems like she wants to send a very clear message of her own, having just been characterized as a segregationist domestic enemy by her own party's president:

Sinema so far not moving an inch on weakening filibuster ahead of Biden meeting, according to person who discussed it with her very recently

MORE: Sinema has told the White House about a possible floor speech, per Senate source, adding "Sinema is having Joe Biden for lunch." https://t.co/gKPflKBoV2

Indeed, Sen. Sinema took to the floor and reiterated her stance, in the face of over-the-top pressure from activists, the president, and the vice president. "No one is afraid of a VP that never won a single primary and has an approval rating in the low 30s," quips Conn Carroll.  She remains a hard no. And both Mitch McConnell and Joe Manchin applauded her. In summary, Biden pissed off virtually every Republican in Congress, including mild-mannered moderates, moved zero waverers in his direction, and will end up infuriating the lefty base anyway when this dumb gambit rams into a brick wall. The stuff of genius, really. Finally, when a member of Democratic leadership feels compelled to concede, under pressure from CNN, that Biden may have gone a bit too far with his slanderous attacks, it's all shaping up as a pretty comprehensive disaster:

Senate Majority Whip Dick Durbin said President Joe Biden may have gone "a little too far in his rhetoric" when he compared lawmakers who do not support changing Senate filibuster rules to pass stalled voting and elections legislation to segregationists.https://t.co/YKsM4ch6ot

Maybe the president should take a nap and leave the whole talking and governing thing to someone else. On second thought, uh, maybe that's not a great idea either:

.@craigmelvin asks if it’s time to change admin’s strategy on Covid, Harris says:
“It is time for us to do what we have been doing. And that time is every day. Every day it is time for us to agree that there are things and tools that are available to us to slow this thing down” pic.twitter.com/8I52Q43050

It is genuinely stunning how terrible this woman is at politics. Her facial expressions in response to questions looks as if she were just asked by a detective where she hid a body. https://t.co/dqW5aWkq29

I'll leave you with this sad desperation from the White House spin crew:

Really weak sh*t from Circle Back here. This dismissal might work against some Republicans, but not Romney. “But Trump” doesn’t work with him & it’s embarrassing — but telling — that this is what she chose to go with. https://t.co/IsGLFPr3no