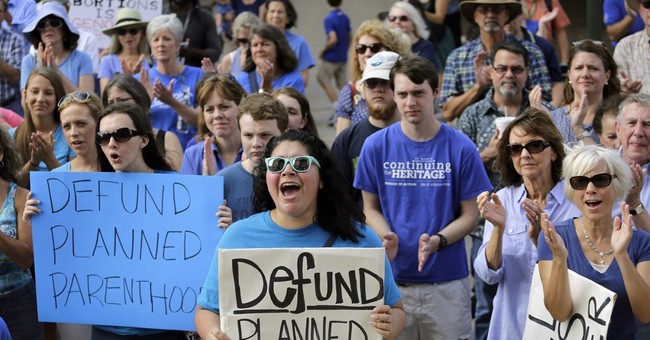 I often choose to highlight abortion polling not because public opinion should be dispositive (the moral and scientific humanity of an unborn child should not be determined by her 'wantedness,' regardless of what people might say) but because the Left often frames opposition to abortion as an "extreme" view.  It isn't.  Large majorities of Americans favor significant restrictions on abortion, with a majority often adopting a broadly pro-life stance on the issue.  This is not true within the modern Democratic party, within large coastal cities, or within major American newsrooms, however, which is why coverage of abortion politics is so out-of-step with public opinion.  When Texas considered its ban on most abortions after the fifth month of gestation, the national press stampeded to Austin to report on the "controversial" bill, frequently portraying abortion zealot Wendy Davis as a heroine.  The legislation was actually quite popular both nationally and in Texas, especially among women, and Davis went on to get crushed in the subsequent gubernatorial election by nearly a million votes.

Now that similar legislation is under consideration in Washington, the abortion lobby and their media accomplices are again pretending that it's an "extreme" idea that would prevent women from obtaining "routine" medical "care."  There's nothing routine about second and third trimester elective abortions, which do not qualify as medical care.  Try as they might, the deep-pocketed abortion industry cannot seem to demagogue Americans into opposing heavy restrictions on late-term abortions.  A new McLaughlin & Associates poll of likely voters, commissioned by the pro-life Susan B. Anthony List, shows that a sizable majority of the public favors legislation to limit abortion after five months of pregnancy:

Democrats & much of the media call one of these abortion stances "extreme." pic.twitter.com/WT6FBpa5Bz

A similar survey taken roughly a year ago found nearly identical results, with two-thirds of women (and nearly 80 percent of young voters) in favor of the bill.  The SBA List has also highlighted that this moderate, common-sense reform enjoys strong support in key 2018 Senate battleground states. You may be inclined to dismiss this data due to its source, but please recall that a Huffington Post poll taken at the zenith of the Texas debate also showed two-to-one support for measures like this.  Opposing this law is what's actually extreme.  And that's not just true on the domestic front.  America's permissive abortion laws are out of step with the vast majority of the civilized world:

The Washington Post's fact checkers seemed shocked by their own findings, which confirm the assertion that the United States is one of just seven nations that allow elective abortions in the sixth month of pregnancy and beyond:

"There are 59 countries that allow abortion “without restriction as to reason,” or “elective,” or “abortion on demand.” These are countries where the letter of the federal law does not impose specific eligibility requirements for women...Only seven of the 59 countries allow elective abortions after 20 weeks, the group found: Canada, China, Netherlands, North Korea, Singapore, the United States and Vietnam. This list of countries correlates with another similar report, also from 2014, published by a group that supports reproductive rights."

Note the last sentence of that paragraph, which adopts the abortion lobby's preferred euphemism for abortion.  Virtually all Americans favor reproductive rights for women.  Many Americans do not believe those rights should entail killing an unborn child, especially one that's been growing and developing for months.  Relatedly, science tells us that fetal heartbeats are first detected fairly early in the first trimester.  By the time 20 weeks have elapsed, the fetus has almost fully developed.  We're all supposed to revere scientific facts, right?

The House of Representatives passed '20 weeks' legislation by a tally of 237-189 earlier this month (with just three Democrats voted in favor).  The Senate is more close divided, though it might be interesting to see how many red state Democrats would march in lock step with their party's radicalism on the issue.  We may know soon enough.  And if any journalists are interested in escaping the pro-choice bubble, they might consider reading up on Oregon's extraordinary new abortion law, which received precious little press scrutiny.  Democrats should be asked if they'd support a similar abortion regime nationwide, or in their home states -- and if not, why not?