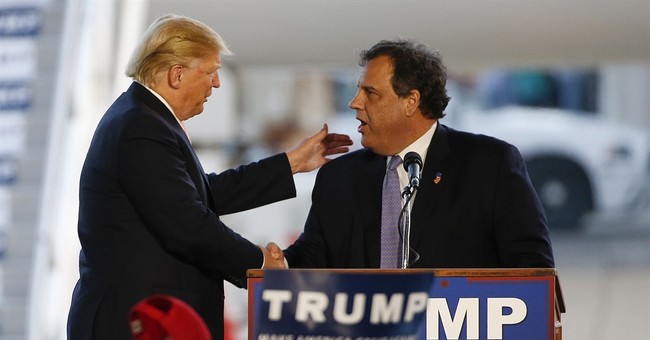 UPDATE - Trump was supposedly going to leave Indiana after his meeting with Pence, but apparently he's still there. Quite a show:

NEW: Newt Gingrich to meet with Donald Trump and family in Indiana today, sources confirm to @JTSantucci and @CandaceSmith_.

Sen Sessions didn't vote on 1 vote in Senate this am. Fox told is is en route to meet with Trump in Indiana.

Either last night's nugget about Fox parting ways with Newt Gingrich wasn't the revelation may people interpreted it to be, or Team Trump is tossing a lot of chum in the water to throw Veep sleuths off the scent. Throughout much of my analysis of this speculation game, I've mentioned that Trump is a gifted entertainer who understands the news/coverage value of this pick. He was always (and understandably) going to milk this puppy for all it's worth -- and sure enough, he's a-milkin' it. Remember what I was saying about the 'dark horse' contingency? The presumptive GOP nominee wants everyone to know, or at least think, that the 'none of the above' option is still very much alive:

Mr. Trump also said he expected to announce his choice of a running mate by Friday, winding down a process that has been closely watched as in all likelihood the most significant decision he will make in his campaign. “I have five candidates, plus two, two that are unknown to anybody,” Mr. Trump said from Chicago, where he was raising money for his campaign. “I will be making a decision over the next three- to four-day period of time, and I think it will be a decision that will be a very good decision for a lot of people,” he added. “I’ve been with these people for a long time — I know them,” Mr. Trump said, specifically invoking Gov. Chris Christie of New Jersey and Newt Gingrich, the former House speaker. “Christie was excellent yesterday and Newt is excellent.” Mr. Trump will appear on Tuesday night in Indiana with Gov. Mike Pence, who has risen in the estimation of many of the nominee’s advisers. Mr. Trump said his decision was largely coming down to instinct. “A lot of is gut. A lot of it is,” he said. “My whole life has been about gut.”

Those comments come from a New York Times interview in which Trump rightfully torched Supreme Court Justice Ruth Bader Ginsburg for her deeply inappropriate string of partisan remarks and insults -- which have troubled and irked even some of her staunchest ideological admirers. Anyway, Trump's "gut" pick would have to be Newt, right? Not necessarily.  How's this for a wrinkle?

The kids sometimes get their way -- Corey Lewandowski's firing springs to mind -- but not always, and not right away. There's a decent case to be made that Pence would be the best 'do no harm' selection for Trump, even as the Indiana governor's standing among conservatives is arguably diminished these days. But has the man who'll be at the top of the ticket ever played it safe this cycle?  Meanwhile, over on the Democratic side, Hillary Clinton is reportedly vetting an outside-the-box option of her own, and this DNC speaking slot announcement may signal that Elizabeth Warren is out of the running.  Unlike her general election competitor, it's a much safer bet that Hillary Clinton's pick will be predictable and focus-grouped to the hilt.  I'll leave you with Newt embracing the Trumpian nature of this rollercoaster twisting and turning toward a choice that one venerable politico reminds us will likely have a negligible impact on the race when all is said and done:

Gingrich on FNC re: #veepstakes: "It’s a little bit like 'The Apprentice.' You’ll find out sooner or later who the last one standing is."