Oh My: Study Reveals Significant Number of Non-Citizens Vote in US Elections 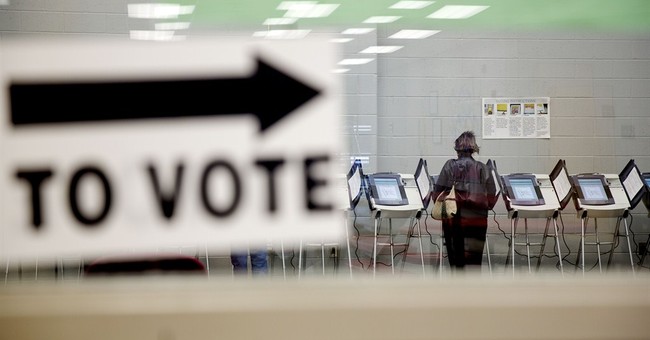 This bombshell dropped on Friday afternoon, but I decided to hold off on writing it up until today so it didn't get lost in the weekend shuffle. I'll let Allahpundit tee up some context: "So jaw-dropping is [the report], I had to read it twice to make sure I wasn’t misreading it. The site that posted it isn’t partisan either: It’s The Monkey Cage blog at the Washington Post, a 'data journalism' hub a la Nate Silver’s FiveThirtyEight that prioritizes insights gleaned from number-crunching above left/right argumentation." Not only is this data presented in a nonpartisan mainstream media venue, the researchers' proposed antidote to the problem isn't one that's likely to be embraced by many conservatives -- namely, considering granting voting rights to non-citizens.  AP also notes that this piece was published just hours after Jim Geraghty wrote a post bemoaning the Right's paranoia about voter fraud.  Electoral cheating is not the "myth" the Left pretends it is, Geraghty argued, but it's not so prevalent that it's routinely responsible for stolen elections.  I still find Geraghty's overall admonition compelling, but this evidence strongly suggests that election-altering fraud may not be quite as rare as even I'd assumed.  Astonishing stuff, via researchers at Old Dominion University:

Fourteen percent of non-citizens reported that they were registered to vote, and a not-insubstantial chunk of that subset admitted to actually casting ballots.  The authors run through some not-so-hypothetical consequences:

Because non-citizens tended to favor Democrats (Obama won more than 80 percent of the votes of non-citizens in the 2008 CCES sample), we find that this participation was large enough to plausibly account for Democratic victories in a few close elections. Non-citizen votes could have given Senate Democrats the pivotal 60th vote needed to overcome filibusters in order to pass health-care reform and other Obama administration priorities in the 111th Congress. Sen. Al Franken (D-Minn.) won election in 2008 with a victory margin of 312 votes. Votes cast by just 0.65 percent of Minnesota non-citizens could account for this margin. It is also possible that non-citizen votes were responsible for Obama’s 2008 victory in North Carolina. Obama won the state by 14,177 votes, so a turnout by 5.1 percent of North Carolina’s adult non-citizens would have provided this victory margin.


That's…a really big deal.  Democrats needed every last Senate seat they won in 2008 in order to overcome a GOP filibuster on Obamacare.  Without Franken's seat (or Mark Begich's ill-gotten seat), the bill would never have passed -- as written, or at all.  Previous studies presented serious evidence that Franken's margin in Minnesota was furnished by felons illegally voting; this new data suggests that ineligible non-citizens could have put him over the top.  Pick your poison.  Both bodies of evidence, by the way, showed that non-citizens and convicted felons overwhelmingly support Democrats.  In their summary, the researchers make two points that critics will likely seize upon:  First, they admit that their methodology is complicated by a relatively "modest" sub-sample of non-citizens, although they provide a solid explanation that bats down the theory that perhaps the sample itself was strongly tainted by people accidentally and inaccurately self-reporting as non-citizens.  There's also this salient point made by a Twitter observer:

Good point RT @capdc: @allahpundit @guypbenson this voter fraud data is based on the number of non-citizens who ADMIT voting.


If you were a non-citizen who was unlawfully participating in the US electoral system, would you be willing to admit that fact in a phone conversation with a stranger? Me neither. Logic and human nature dictate that if anything, this report understates the prevalence of this form of voter fraud.  Second, the researchers say that the numbers call into question the efficacy of voter ID laws, which are often touted by conservatives as a policy solution to safeguarding the integrity of elections.  According to the data, nearly three out of four illegal voters in these surveys were asked for ID prior to casting ballots, then managed to do so anyway.  A few points in response: (a) I think it's much more likely for someone to misremember whether they were asked for photo ID than the act of voting itself. (b) ID laws undoubtedly mitigate this problem to some degree if enforced seriously, and at a minimum serve as a deterrent for others.  These are complex problems that may require complex solutions; denying the problem isn't an option for anyone committed to fair and representative elections. The professors also say that the statistics strongly hint that many of those non-citizens who do vote aren't aware that they're breaking the law; they suggest emphasizing 'public information' as a remedy.  The task of preventing ineligible and illegal ballots from being cast probably requires a combination of public warnings and education against unlawful voting, regular purging of ineligible people (deceased, felons, non-citizens, etc) from voter rolls, as well as voter ID laws.  The Left opposes all of these steps as "voter suppression."  I'll leave you with a link to a piece we published earlier this year, detailing a Florida reporter's discovery of dozens of non-citizens who illegally voted in the 2012 election in his local area alone.  He did so by using a single, narrow method to ferret out the unlawful electoral participants.  The problem is real.  It is not a "myth."  It's unacceptable and it must be dealt with.