Late last week, Obamacare regulators added more than 800 pages to an ever-growing document that will govern your healthcare.  The bureaucrats' work product now prints out to 20,000 pages -- nearly eight times the length of the infamous original bill: 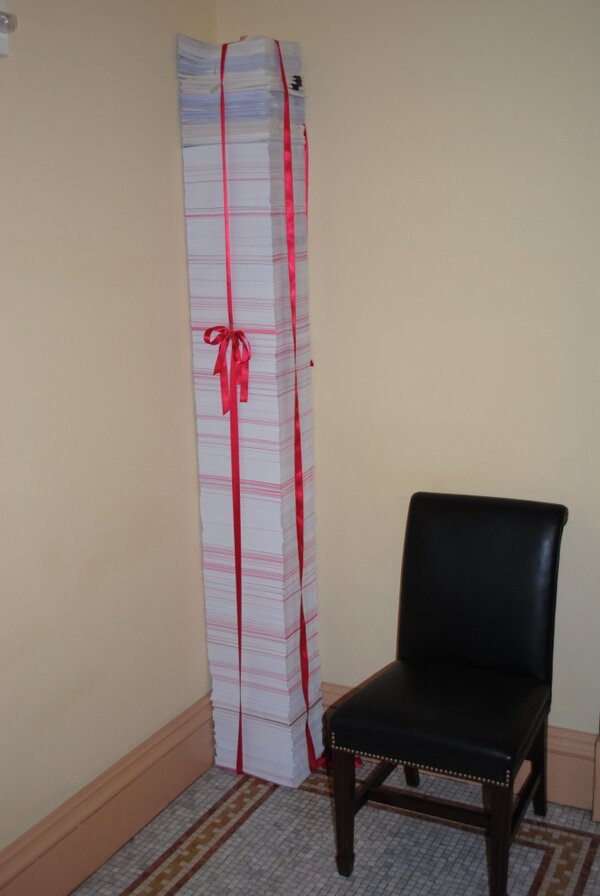 That tower is already taller than Kobe Bryant (see update), and much of the law hasn't even gone into effect yet.  According to the Government Accountability Office, Obamacare is projected to add $6.2 trillion to the nation's long-term deficits, despite presidential assurances that it wouldn't add a "single dime" to our red ink:

"This legislation is fully paid for, and will not add one single dime to our deficit."


We're also seeing more evidence that the healthcare law is killing jobs, as predicted by the Congressional Budget Office and Obamacare opponents alike:

The Federal Reserve on Wednesday released an edition of its so-called "beige book," that said the 2010 healthcare law is being cited as a reason for layoffs and a slowdown in hiring. "Employers in several Districts cited the unknown effects of the Affordable Care Act as reasons for planned layoffs and reluctance to hire more staff," said the March 6 beige book, which examines economic conditions across various Federal Reserve districts across the country.


A former Obama adviser is now admitting that the law was never intended to be "a jobs program."  Funny, that's not what Democrats told us while they were jamming it down our throats.  I'll leave you with Nancy Pelosi explaining how Obamacare is really all about creating millions of jobs and, er, reducing the deficit:


UPDATE - Sen. McConnell's office says this stack is 7'3, nine inches taller than Bryant.  See their latest tweet, with a comparison to the orginial bill, here.