Responding to a presidential State of the Union speech is often a thankless task. Following the president's act, which oozes prestige and historic significance, almost always makes the next guy seem small and trivial by comparison. As it goes, the designated member of the opposition party is typically holed up in a room somewhere with little more than a camera, some lights and a teleprompter.  The rejoinder he or she offers is almost always instantly forgotten; when it's not, it's usually for the wrong reasons.  Sen. Marco Rubio broke the mold last night.  He delivered a substantive, relatable and cheerful response, and did so with a natural and effective ease:


The highlights, from my perspective, included Rubio's very personal homage to the American opportunity society:

America is exceptional because we believe that every life, at every stage, is precious, and that everyone everywhere has a God-given right to go as far as their talents and hard work will take them. Like most Americans, for me this ideal is personal. My parents immigrated here in pursuit of the opportunity to improve their life and give their children the chance at an even better one. They made it to the middle class, my dad working as a bartender and my mother as a cashier and a maid. I didn’t inherit any money from them. But I inherited something far better – the real opportunity to accomplish my dreams. This opportunity – to make it to the middle class or beyond no matter where you start out in life – it isn’t bestowed on us from Washington.


After setting the record straight by explaining that the 2008 economic crisis was caused by reckless big government engineering, rather than limited government principles, Rubio highlighted a litany of problems with a more recent example federal overreach -- Obamacare:

Many government programs that claim to help the middle class, often end up hurting them instead. For example, Obamacare was supposed to help middle class Americans afford health insurance. But now, some people are losing the health insurance they were happy with. And because Obamacare created expensive requirements for companies with more than 50 employees, now many of these businesses aren’t hiring. Not only that; they’re being forced to lay people off and switch from full-time employees to part-time workers. Now does this mean there’s no role for government? Of course not. It plays a crucial part in keeping us safe, enforcing rules, and providing some security against the risks of modern life. But government’s role is wisely limited by the Constitution. And it can’t play its essential role when it ignores those limits.


In one of his most important passages, Rubio swatted down the tired, bad-faith, straw-man arguments that the president regularly deploys against his political opponents, ending with a shrewd appeal to middle class Americans:

Any time anyone opposes the President’s agenda, he and his allies usually respond by falsely attacking their motives. When we point out that no matter how many job-killing laws we pass, our government can’t control the weather – he accuses us of wanting dirty water and dirty air. When we suggest we strengthen our safety net programs by giving states more flexibility to manage them – he accuses us of wanting to leave the elderly and disabled to fend for themselves. And tonight, he even criticized us for refusing to raise taxes to delay military cuts – cuts that were his idea in the first place. But his favorite attack of all is that those who don’t agree with him – they only care about rich people.

Mr. President, I still live in the same working class neighborhood I grew up in. My neighbors aren’t millionaires. They’re retirees who depend on Social Security and Medicare. They’re workers who have to get up early tomorrow morning and go to work to pay the bills. They’re immigrants, who came here because they were stuck in poverty in countries where the government dominated the economy. The tax increases and the deficit spending you propose will hurt middle class families. It will cost them their raises. It will cost them their benefits. It may even cost some of them their jobs. And it will hurt seniors because it does nothing to save Medicare and Social Security. So Mr. President, I don’t oppose your plans because I want to protect the rich. I oppose your plans because I want to protect my neighbors.


The Florida Senator went on to rehearse a series of conservative arguments, chiding Obama for his "obsession" with tax increases, and outlining a platform for education reform.  He also touched on immigration reform, an issue on which he's become a key Republican player.  He didn't break much new ground tonight, opting to hold his cards relatively close to the vest (he's already put his opening offer on the table).  The final policy topic Rubio engaged was the debt crisis and entitlement reform, which he positioned in a common-sense, unthreatening manner:

We won’t be able to sustain a vibrant middle class unless we solve our debt problem. Every dollar our government borrows is money that isn’t being invested to create jobs. And the uncertainty created by the debt is one reason why many businesses aren’t hiring. The President loves to blame the debt on President Bush. But President Obama created more debt in four years than his predecessor did in eight. The real cause of our debt is that our government has been spending 1 trillion dollars more than it takes in every year. That’s why we need a balanced budget amendment. The biggest obstacles to balancing the budget are programs where spending is already locked in. One of these programs, Medicare, is especially important to me. It provided my father the care he needed to battle cancer and ultimately die with dignity. And it pays for the care my mother receives now. I would never support any changes to Medicare that would hurt seniors like my mother. But anyone who is in favor of leaving Medicare exactly the way it is right now, is in favor of bankrupting it. Republicans have offered a detailed and credible plan that helps save Medicare without hurting today’s retirees. Instead of playing politics with Medicare, when is the President going to offer his plan to save it? Tonight would have been a good time for him to do it.


After expressing sadness and horror over the Newtown tragedy, Rubio reaffirmed Republicans' commitment to the Second Amendment and law-abiding gun owners.  The subtle message: Supporting gun rights doesn't make one indifferent to the slaughter of children, an unfair implication of callousness that gun opponents sometimes apply.  Rubio closed with a soaring ode to the indispensable American dream, and bid viewers goodnight.  One memorable moment that won't appear in any written transcripts came approximately two-thirds of the way through the prepared text.  Having just pre-recorded the Spanish language version of his comments, Rubio battled a dry mouth throughout his live performance.  Finally, unable to carry on, he leaned over, grabbed a water bottle, and took a swig.  Refreshed, he forged ahead with the speech.  This somewhat awkward moment instantly blew up on twitter.  GIFs of the fleeting sip popped up everywhere, and the jokes began to flow.  Demonstrating a healthy self-awareness and strong political instincts, Rubio tweeted out this photo within minutes, with no accompanying explanation: 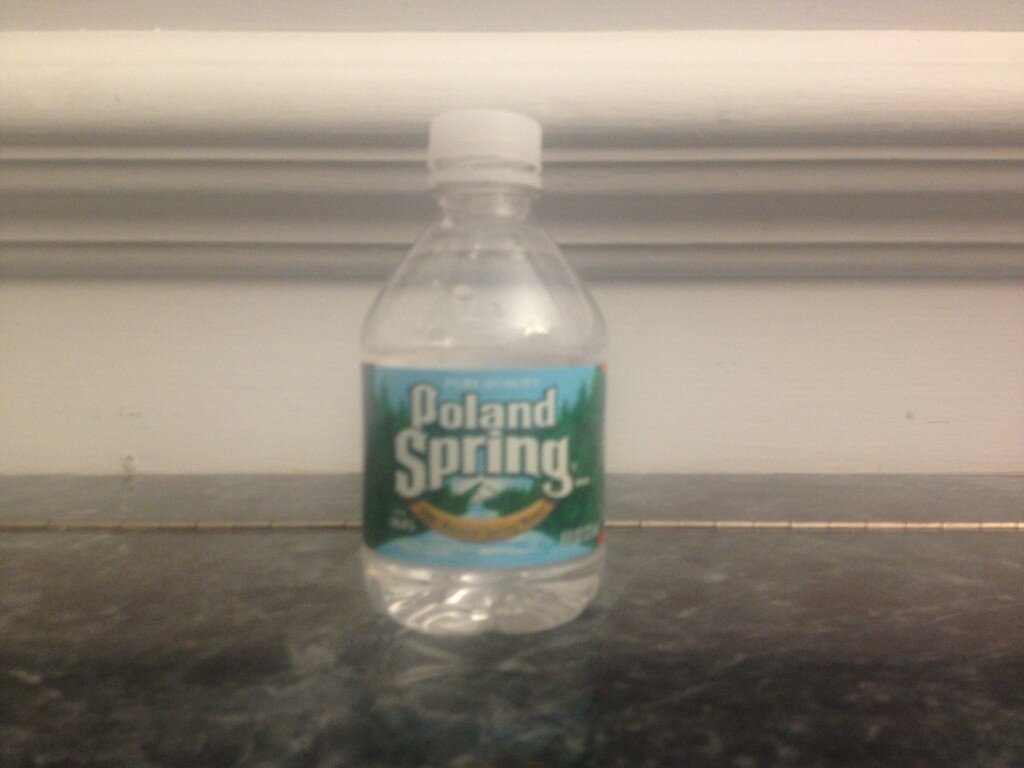 A simple, lighthearted and clever move.  Join in on the joke, and help defuse it.


UPDATE: Sen. Rand Paul, another potential 2016 contender, offered the Tea Party's unofficial response to the president's speech.  He emphasized the need for a balanced budget amendment, ripped Democrats' serial budget abdications, called out both parties for their chronic overspending, backed term limits and urged conservatives to shift their tone -- if not their policy -- on immigration: