Romney: Heck, Even I Never Thought Obama Could Be This Bad 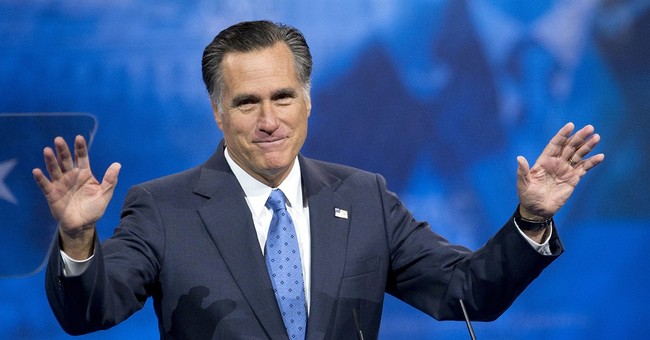 During the last election cycle Mitt Romney was crushed by President Obama in the Electoral College and lost by nearly 5 million popular votes. That’s to say, the public overwhelmingly decided that the incumbent president was the better and more qualified of the two candidates, and safely re-elected him.

Still, even if that’s how history ultimately unfolded, the former Republican presidential nominee isn’t putting his disagreements aside -- or rallying to his defense -- during these difficult times. On the contrary, he recently told a crowd of enthusiastic supporters in West Virginia that even he was surprised by how much of a failure President Obama’s second term has become (via The Washington Times):

The former Massachusetts governor has some pointed words for the man who defeated him two years ago, saying President Obama was doing “a good deal worse than even I expected.” He cited the U.S. economy and troubles abroad in such hot spots as Iraq, Syria and Russia.

“I was not a big fan of the president’s policies, as you know, either domestically or internationally,” he said, “but the results of his mistakes and errors, in my opinion, have been more severe than even I would have predicted.”

That’s about as uncharitable as Mitt Romney gets. Still, the past few weeks have been anything but easy for the president and his advisers. The death of Michael Brown and the subsequent rioting in Ferguson, Missouri has only added to the president’s growing list of unresolved problems. Abroad, we’ve also witnessed the slaughtering of innocent civilians in northern Iraq and the execution of the first American citizen by the terrorist organization ISIS. To make matters worse, the resumption of hostilities between Israel and Hamas -- and Ukraine and Russia -- also threaten global stability and security.

Despite these challenges, however, there’s a reason why my colleagues over at Hot Air routinely describe Obama as “semi-retired.” That’s because he often gives off the impression that he is. He frequently delivers concise statements on important subject matters, only to jet off to a fundraiser or hit the links shortly thereafter. Still, even if the president isn’t “semi-retired” as some claim, his actions suggest he’s not totally engaged, either. As ABC News openly wondered: Does he even care about optics anymore?

It’d be one thing if President Obama was merely a floundering president way over his head; it’s quite another (and a real problem perhaps) when nearly half the country thinks he’s “already checked out.”