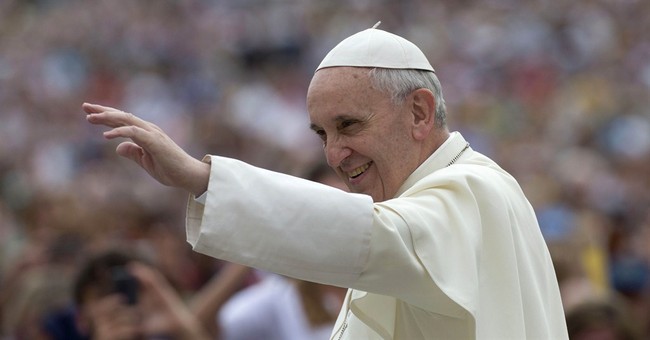 So, should we start making these kinds of stories a monthly or bi-monthly series, or something? I think so.

Pope Francis already has distinguished himself from his predecessor with a more down-to-earth style. Now he is both unnerving the Vatican and delighting the faithful by picking up the telephone and spontaneously calling people, earning the nickname “the Cold Call Pope.”

This month, he called to comfort a pregnant Italian woman whose married boyfriend had unsuccessfully pressured her to have an abortion. The woman, who is divorced and will be a single mother, wrote to the pope, fearing she had fallen afoul of the church. Not knowing the correct address, she marked the envelope “Holy Father Pope Francis, Vatican City, Rome.” The pope offered to personally baptize thebaby when it is born next year, according to an account in La Stampa, a newspaper in Turin.

Pope Francis is no detached stranger to the struggles of single motherhood. Indeed, while serving as the Archbishop of Buenos Aires, women in his dioceses were summarily and repeatedly denied baptism ceremonies for their children simply because their babies were born out-of-wedlock. What he later said about this kind of “closed door” Catholicism after he became pontiff deeply moved me, and is what got me first interested in reading Pope Francis’ homilies and collected works:

At his private Mass in the chapel at his residence Saturday, Pope Francis commented on the Gospel of Mark where Christ rebukes the disciples for preventing the little children from coming to Him. (Mark 10: 13-16)

The Vatican newspaper L’Osservatore Romano reports that the Pope mentioned the example of an unwed mother coming to Church to ask for baptism for her child to exemplify the error of allowing protocol to distance people from the Lord.

The paper quotes the Pope:

A girl-mother goes to the parish to ask for Baptism for her child and hears “a Christian” say, “No, you can't have it, you’re not married.”

“Look at this girl who had had the courage to carry her pregnancy to term” and not to have an abortion. “What does she find? A closed door,” as do so many. “This is not good pastoral zeal, it distances people from the Lord and does not open doors. So when we take this path...we are not doing good to people, the People of God.” Jesus “instituted seven sacraments, and with this approach we institute the eighth, the sacrament of the pastoral customs office.”

God bless our Pope! He seems like the perfect man for the job.