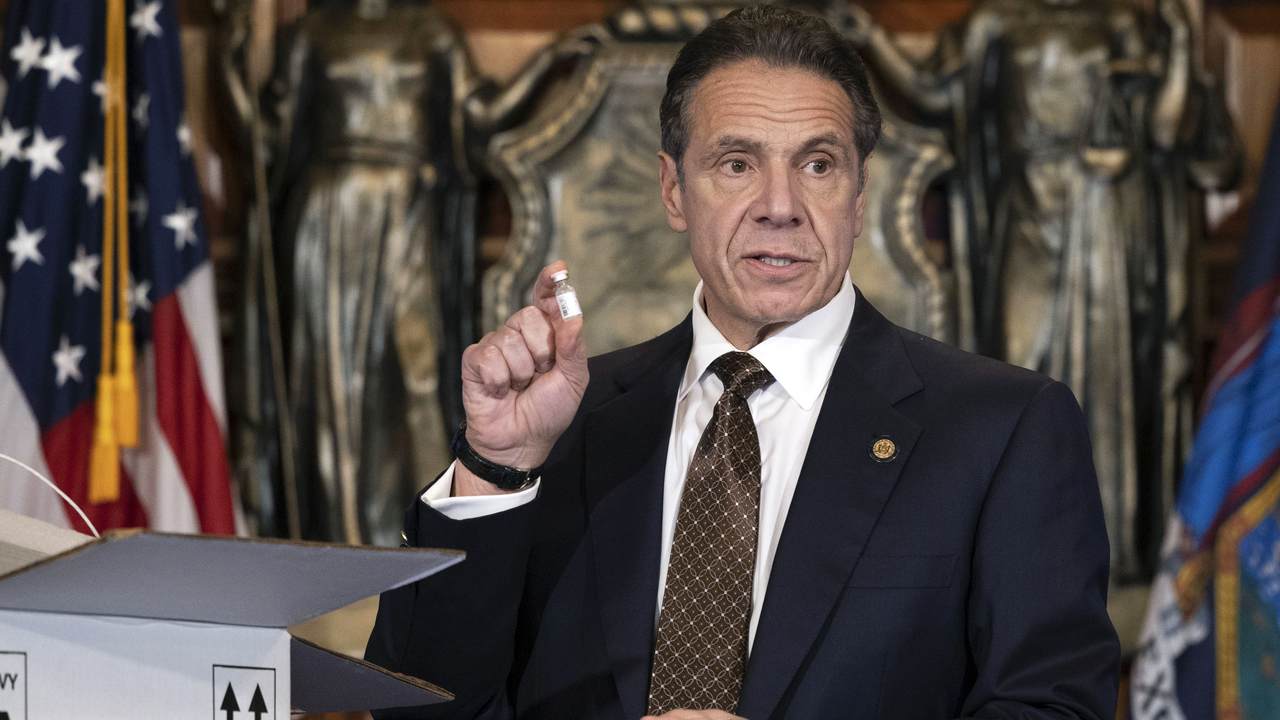 On Monday, New York Gov. Andrew Cuomo dismissed the idea that restaurant workers should be included in the next phase of the COVID vaccine distribution, calling it "a cheap, insincere discussion."

"Yes, I would like to see restaurant workers eligible – makes total sense," Cuomo said. "But what does eligibility mean when you don’t have the supply necessary?"

But asked the same question, New York City Mayor Bill de Blasio said there's no doubt restaurant workers should be included in the 1B category for vaccinations.

"The restaurant workers now, are going to be in enclosed spaces, with people eating and drinking," de Blasio argued. "And any doctor on this line or anywhere else would say that's an area of concern. We have to protect the people who work in our restaurants."

And now, Cuomo has backtracked.

NEW: After dismissing suggestions that restaurant workers should be eligible in the 1B category for the Covid vaccine, @NYGovCuomo now says now they can be added.

The about-face comes shortly after @NYCMayor also said they should be included.

After dismissing @THECITYNY’s question whether restaurant workers should be eligible for the Covid vaccine yesterday, @NYGovCuomo anounces that local governments can add restaurant workers, taxi drivers and the developmentally disabled to the eligibility list.

Also included in 1B are individuals over the age of 65, teachers, grocery store workers, public transit workers and first responders.

A few weeks ago, Cuomo finally opened up vaccine distribution to seniors after de Blasio practically begged him. And now New York lawmakers are demanding consequences for the Cuomo administration after a report from the state attorney general revealed that officials may have undercounted the number of COVID-related nursing home deaths by as much as 50 percent. On Monday, New York state Sen. Tom O'Mara advanced a motion to subpoena Health Commissioner Howard Zucker.