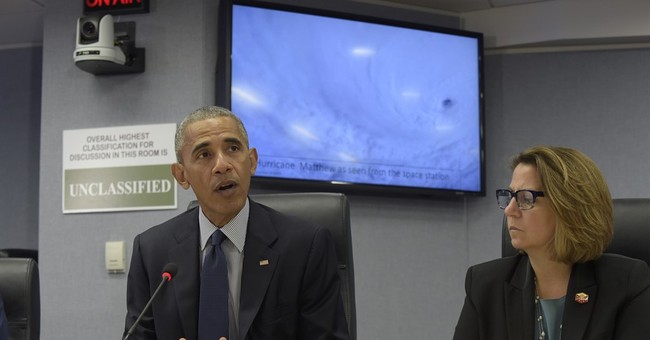 President Trump is meeting with Russian President Vladimir Putin in Helsinki, Finland Monday. Democrats demanded he cancel the meeting until he properly calls out Putin for Russia’s interference in U.S. elections, particularly after special counsel Robert Mueller indicted a dozen Russian intelligence officers for hacking into the DNC during the 2016 election.

Trump went ahead with the meeting anyway. In fact, before he did, he identified what he said is the real source of the problem: his predecessor.

President Obama thought that Crooked Hillary was going to win the election, so when he was informed by the FBI about Russian Meddling, he said it couldn’t happen, was no big deal, & did NOTHING about it. When I won it became a big deal and the Rigged Witch Hunt headed by Strzok!

"If the president is really concerned" about Russian aggression, "he has an interesting way of showing it," Monaco said on CNN. She went on to contrast Obama’s “strong” confrontational attitude toward Putin, and Trump’s conciliatory stance.

Look at all Obama did and then at the "inaction" of Trump, Monaco noted. Trump “wants to blame everyone but Putin.”

"Obama confronted strongly and directly the adversary nation," she continued. "Obama demanded a stop to attack on election systems and threatened consequences" if those demands were not met.

Trump, on the other hand, failed to even address the long list of Russian aggressions during his meeting with Putin. Russia's annexation of Crimea, occupation in Ukraine, and disrupting American democracy were "conspicuously absent."