'There Can Be Only One Response': Putin Reacts to Assassination of Russian Ambassador 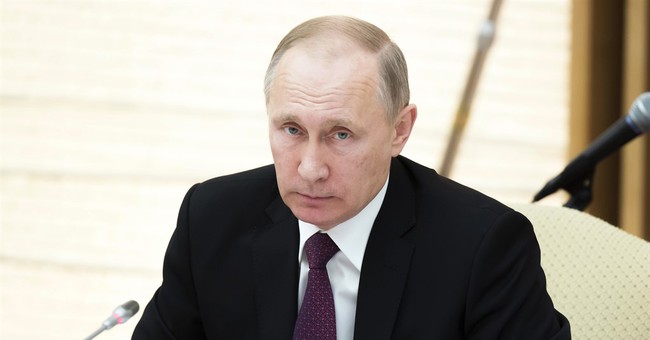 Russian President Vladimir Putin joins a host of world leaders who have had to respond to brazen terror attacks on Monday. One of those attacks happened in Ankara, Turkey, where Russian Ambassador Andrey Karlov was killed in cold blood by a police officer who was standing behind him during a speech in an art gallery. After he shot Karlov several times in the back, the killer screamed that he did it for Aleppo. The entire attack was caught on camera.

"A crime has been committed and it was without doubt a provocation aimed at spoiling the normalization of Russo-Turkish relations and spoiling the Syrian peace process which is being actively pushed by Russia, Turkey, Iran and others," said a stern-faced Putin.

"There can only be one response - stepping up the fight against terrorism. The bandits will feel this happening."

Monday's other tragedies occurred in Berlin, Germany, where a truck driver plowed into a crowd in a Christmas market, murdering 12 people and injuring nearly 50 others. German Chancellor Angela Merkel defined

it as a terror attack. The killer may still be at large.

In Zurich, Switzerland - again on the same day - a gunman injured several people near an Islamic center.