Michelle Obama Says We Have No 'Hope' Right Now 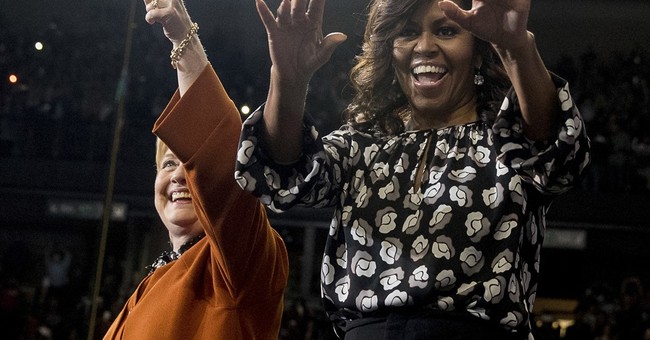 First Lady Michelle Obama is extremely disheartened by Donald Trump's election win, she suggested to Oprah Winfrey on Friday. Trump's campaign, which was chockfull of insults, was in deep contrast with her husband's "Hope and Change" campaign from 2008, she argued.

“We feel the difference now. See, now, we’re feeling what not having hope feels like, you know,” the first lady said on “CBS This Morning" on Friday.

"What do you give your kids if you can’t give them hope?” she added.

During the 2016 election, the first lady broke with typical campaign tradition and spoke against the Republican nominee very aggressively. At one Hillary Clinton rally, Mrs. Obama said the "Access Hollywood" tapes which exposed Trump's comments about women had "shaken her to her core."

The first lady's remarks seem counter to that of her husband, who in his first meeting with President-elect Trump said he was encouraged by their discussion and that he looks forward to a successful transition.