Trump Rushed Off Stage By Secret Service in Reno 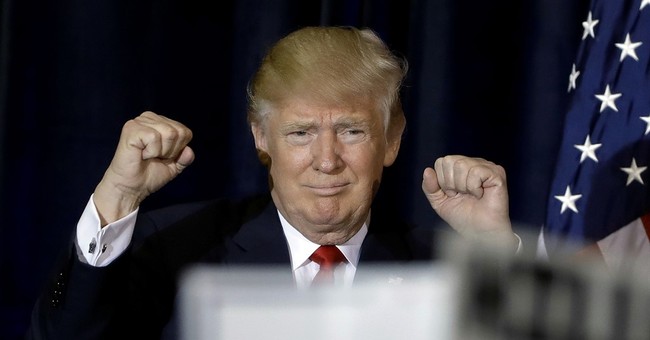 Update: The subject who rushed the stage has been released by authorities after no weapon was found, MSNBC reports.

Donald Trump was rushed off stage during a campaign rally in Reno, Nevada Saturday night due to a security scare. A protester was seen rushing the stage while someone reportedly yelled, "gun!" The Secret Service agents jumped into action.

But as Trump looked out over the crowd to spot the protestor, two men in suits ran to the stage, grabbed him by the shoulders, and rushed him behind the curtain.

A group of security officials jumped over the barricade, protecting the stage and looking into the crowd, backing up shocked attendees who tried to take video of the protestor.

The protester was promptly removed out of the arena.

"I want to thank the Secret Service," Trump said after returning to the stage. "These guys are fantastic – they don't get enough credit."

A law enforcement official told CNN the protester was not in possession of a weapon.

Law enforcement source to CNN: no weapon found related to the incident in Reno where Secret service rushed Donald Trump off stage.

Trump released a statement soon after the incident, emphasizing his admiration for the Secret Service.

This isn't the first time Trump has faced a serious threat at one of his rallies. It's also not the first time it's happened in Nevada. In Las Vegas in June, a Briton who was in the U.S. illegally tried to grab the gun of a police officer at his rally, reportedly with the intent to "kill him."

Spencer Brown
Are We Shocked That This Happened to Liz Cheney?
Matt Vespa
CARTOONS | AF Branco
View Cartoon
Most Popular