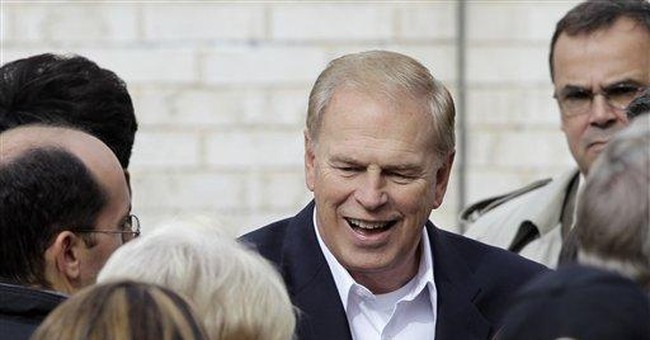 New audio released by the NTK Network reveals Ohio Senate candidate Ted Strickland (D) all but applauding the passing of Supreme Court Justice Antonin Scalia. At an ALF-CIO event this weekend in Cleveland, the Democratic senator told attendees that Scalia's absence on the court is a good thing for Big Labor.

“The death of Scalia saved labor,” he said.

At this point his audience applauded.

“And I don’t wish anyone ill,” he continued, “but it happened at a good time.”

At this point the audience laughed.

The progressive agenda they’ve championed, Strickland concluded, may still have a future now that there is an open spot on the court. Yet, all will be upended by a Donald Trump presidency, he warned.

Strickland has apologized for the remarks in a statement provided to the Washington Examiner.