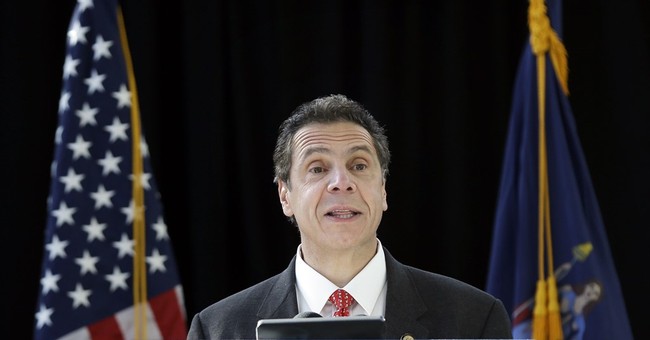 Andrew Cuomo has some nerve.

The New York governor, who two years ago intoned that New Yorkers with pro-life and conservative values weren't "welcome" in the state, is suddenly acting as if he's their most ardent advocate.

Cruz should not have generalized New Yorkers so dismissively and Donald Trump had a surprisingly strong response, defending New Yorkers' incredible fortitude in the wake of the September 11 terror attacks.

“The Republican Party candidates are running against the SAFE Act — it was voted for by moderate Republicans who run the Senate! Their problem is not me and the Democrats; their problem is themselves. Who are they? Are they these extreme conservatives who are right-to-life, pro-assault-weapon, anti-gay? Is that who they are? Because if that’s who they are and they’re the extreme conservatives, they have no place in the state of New York, because that’s not who New Yorkers are.”

Maybe Cruz will apologize when Cuomo does.