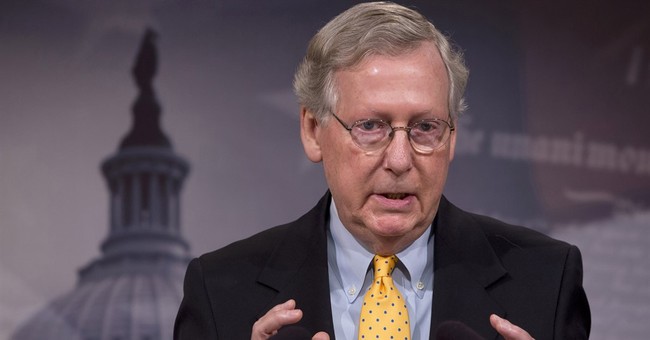 Senate Majority Leader Mitch McConnell's (R-KY) attempt to pass an amendment to halt President Obama's Iran deal by demanding the release of four American hostages in Iran and to recognize Israel's right to exist has been rejected by Democrats.

Senators voted 53-45 on an amendment from Majority Leader Mitch McConnell (R-Ky.) that would have prevented President Obama from lifting sanctions on Iran until the country releases American prisoners and publicly recognizes Israel's right to exist. Sixty votes were needed to move forward.

Many conservatives have argued that the Obama administration is putting Israel's security at risk by giving Iran a sure path to a nuclear bomb by easing sanctions and leaving it up to Iran to inspect their own nuclear sites. They also accuse the administration of abandoning the four Americans currently being held against their will in Iran by leaving them out of the nuclear discussions.

Despite these concerns, Minority Leader Harry Reid (D-Nev.) told Republicans to give it up because the nuclear agreement isn't going anywhere.

“What the Republican colleagues are doing right now is very, very cynical,” he added. “They’re taking serious issues and turning them into pawns in a political issue.”

Report: Thousands of urns shipped to Wuhan, where the virus is supposedly under control
Hotair
Biden Attacks Trump Over Lack of Ventilators; But There’s This Inconvenient New Report From CNN…
Redstate