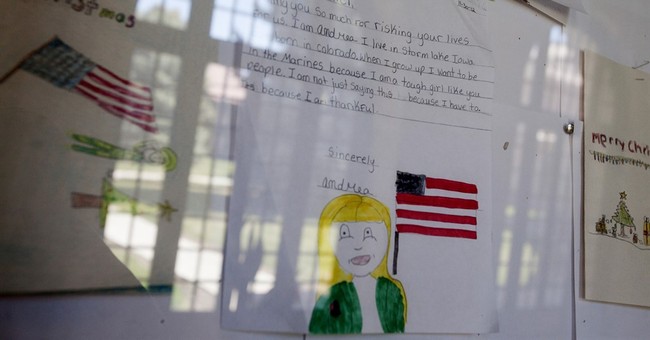 USA Today's Freedom of Information Act request to determine just how poorly staffed our country's Veterans Affairs centers are, was answered in June. Their findings turned up more "no vacancy" signs than expected.

USA TODAY discovered the 41,500 vacancies as of late June in data obtained through a Freedom of Information Act request. The full- and part-time positions include openings for 5,000 physicians, nearly 12,000 nurses and more than 1,200 psychologists, according to the data.

Now, as researchers have had a chance to sift through the data, it appears that nearly half of the "critical" positions within some of our nation's VA centers are unfilled. Here's a detailed look at some of those dangerously vacant roles.

The newest USA Today piece on the discovery pointed a magnifying glass at a few regional clinics in particular to further highlight the staffing issue. Take this center in Fayetteville, N.C, for instance:

In Fayetteville, N.C., 59 of its 187 physician positions were open in mid July, and the hospital and its outpatient clinics had only half of the psychologists needed to be at full staff. Overall, a third of medical jobs within that system are vacant. A quarter of patients with pending appointments are waiting more than a month past their requested appointment time.

Several factors play a role in the employee shortfall: The 9 percent attrition rate, lower pay than the private sector, the implementation of Obamacare, which is creating an imbalanced supply and demand environment in medical care, and the burdensome application process, just to name a few. Jean Schaefer, a spokeswoman for the Phoenix VA, said hiring just one person can be an egregiously long process – one that can include up to 18 steps.

The good news is that Congress is introducing legislation to try and fill these necessary positions. Sen. Jon Tester (D-MT) and Rep. Dan Benishek (R-MI) have also introduced The Choice Act in their respective chambers. If passed, it would give veterans more options in where to seek treatment. Previously, veterans could only obtain care from local providers if they lived more than 40 miles from the nearest VA facility.

Washington, however, has some explaining to do as to why this agency was run so poorly in the first place.

Isn't the government supposed to take care of our veterans? Alas, it seems like we've found another unfilled position.