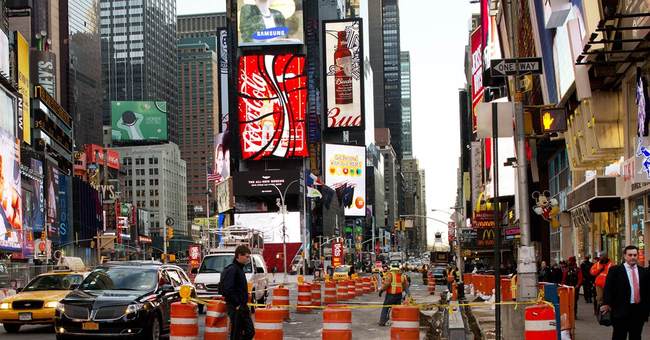 Two women in New York City have been arrested by federal authorities for allegedly planning to construct and detonate a bomb. Their arrests were part of an ongoing FBI investigation. More specifics from ABC News:

The women have been identified as Noelle Velentzas and Asia Siddiqui, roommates living in Queens, N.Y.

Court records allege the pair was looking to build an improvised explosive device with propane tanks, but it’s unclear how far along their plan had reached.

The signs seem to point to terrorism and that the two women were dangerously inspired by ISIS, reports ABC. Fox News's "Outnumbered" is reporting that the wannabe terrorists were planning to use the same pressure cooker bombs that were used in 2013's deadly Boston bombing in a mission to wage 'violent jihad' on the US.

The two women now in custody will appear in a federal court in Brooklyn later this afternoon.

Stay with this story as more information becomes available.

Update: NBC New York has detailed information in regards to Velentzas and Siddidqui's past interviews with federal investigators. Among other disturbing comments, Velentas reportedly applauded the Sept. 11 terror attacks:

Velentzas allegedly praised the Sept. 11, 2001 terror attacks and told the undercover officer that being a martyr through a suicide attack guarantees entrance into heaven. According to the complaint, Velentzas showed the officer her phone, which included a background picture of bin Laden holding an AK-47, and called the infamous terrorist and his mentor, Abdullah Azzam, her heroes, the complaint says.