Inequality is a Conservative Issue 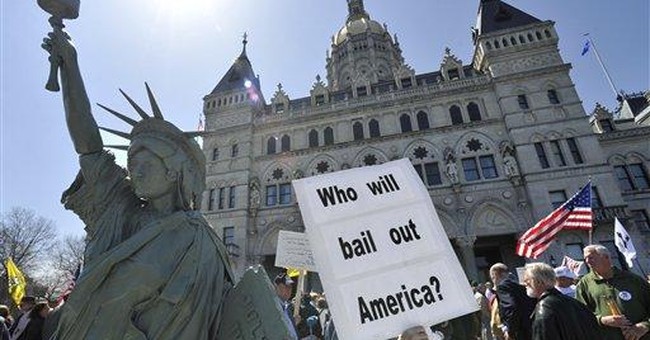 "I believe this," President Obama said about inequality Wednesday, "is the defining challenge of our time."

And he is not alone. Just over two months ago, another office-holder, also speaking at a Washington think tank, called inequality a "crisis in America today," later adding in another speech: "I submit that the great challenge of our generation is America’s growing crisis of stagnation and sclerosis - a crisis that comes down to a shortage of opportunities."

That "other office-holder" is Sen. Mike Lee (R-UT). And while Obama said Wednesday, "If Republicans have concrete plans that will actually reduce inequality, build the middle class, provide more ladders of opportunity to the poor, let’s hear them," Obama completely failed to address a single one of Lee's ideas.

So what is Lee's policy agenda to combat inequality?

Here is what he told The Heritage Foundation in October:

These bills won’t solve every problem under the sun. Raising a family isn’t supposed to be easy.

But each would restore to working families more of the freedom they deserve to pursue their happiness: to earn a good living and build a good life.

To help families with "work-life balance" Lee has embraced the House passed “Working Families Flexibility Act of 2013,” which changes federal labor law to allow employers to offer comp-time, instead of extra pay, when employees work overtime. The federal government already allows its employees to do this, and Lee's Senate legislation would private sector employers the same option.

Finally, on education, instead of more loans to drive college students deeper in debt pursuing degrees employers don't value, Lee would allow states to accredit new institutions capable of receiving federal aid. By ending the existing higher education monopoly, entrepreneurs would then be free to develop new programs that better trained all Americans with the skills employers are actually looking for.

As Lee acknowledges, Republicans will also need to come up with a replacement for Obamacare, one that doesn't kill jobs by making it more expensive to hire people. But conservatives already have plenty of health care plans out there, and whoever the 2016 nominee is, will surely pick one, or develop his or her own, to run on.

Bottom line: both parties recognize that inequality and lack of opportunity are growing problems in American society today. Perhaps the biggest. The only question is whether a bigger, or smaller, federal government can better address the problem.