Oh Man: Hillary's Plane Didn't Have Wifi And She Had No Idea The FBI Was Investigating Her 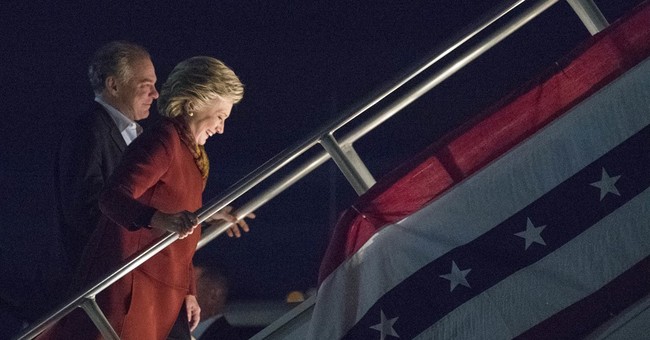 Pretty much everyone was caught by surprise on Friday afternoon when it was revealed that the FBI is once again investigating Hillary Clinton and her private email server. This includes Clinton herself, as well of her staff--who were on an airplane with no internet when the news broke.

According to Clinton's advisors and aides, they were notified about the investigation at the same time the rest of the world was.

Clinton’s plane did not have WiFi. Her advisors learned about the FBI letter when you did. https://t.co/C0uSXheh1i https://t.co/BAGhckS2aN

Talk about a most unpleasant October surprise for the Clinton camp.