21 Coptic Christians Beheaded by ISIS Recognized as Martyrs in Church 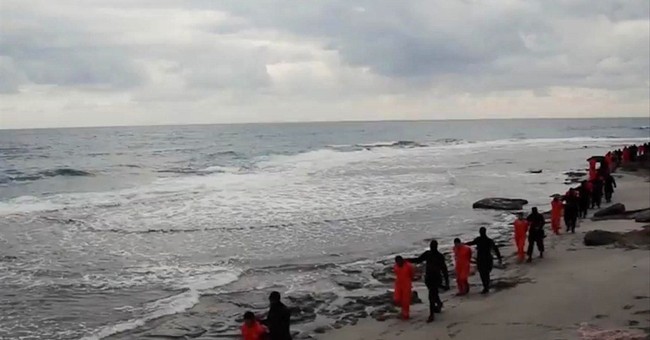 On February 15, ISIS militants released a video titled "A Message Signed With Blood to the Nation of the Cross." The video depicted the executions of 21 members of the Coptic Orthodox Church on a beach in Egypt, and many of the victims cried out to Jesus before they were beheaded. Now, the Coptic Orthodox Church has recognized the 21 victims as martyrs, and will commemorate their deaths on February 15 of each year. Normally, there is a 50-year waiting period before a person can be recognized in this manner, but the waiting period has been waived.

The Coptic Orthodox Church has announced that the murder of the 21 Egyptian Christians killed by the so-called Islamic State in Libya will be commemorated in its Church calendar.

Pope Tawadros II announced that the names of the martyrs will be inserted into the Coptic Synaxarium, the Oriental Church’s equivalent to the Roman Martyrology. This procedure is also equivalent to canonization in the Latin Church.

According to terrasanta.net, the martyrdom of the 21 Christians will be commemorated on the 8th Amshir of the Coptic calendar, or February 15th of the Gregorian calendar. The commemoration falls on the feast day of the Presentation of Jesus at the Temple.