TH Mag Exclusive Investigation of Franken and the Minnesota Election 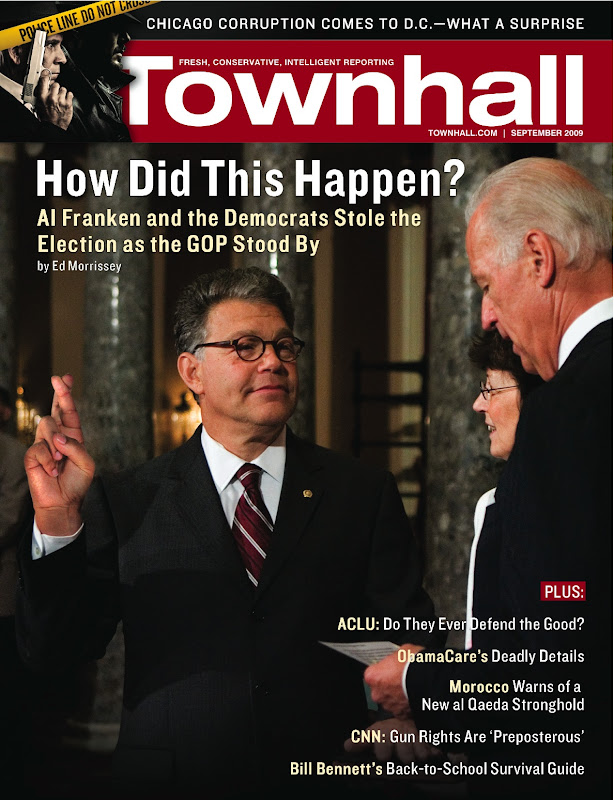 Sen. Stuart Smalley? Really?How in the world did this happen? How did Al Franken become a U.S. senator? How did Republican Sen. Norm Coleman lose? We have the answers in the September 2009 issue of Townhall magazine, straight from the mouth of Ed Morrissey -- that’s Captain Ed, to you.This exclusive, investigative piece details how Al Franken and the Democrats took over the Minnesota election as the GOP stood by. The issue also examines the first real scandal of the Obama administration and their treatment of government watchdogs; exposes the radical ACLU; details how ObamaCare will force rationing on the American people; and reveals the newest desert hotbed for al Qaeda.Our subscribers have been enjoying the September issue for a couple weeks now -- here is a taste of what you’re missing … and here’s how you can address the situation. Plus, order today and get a FREE copy of Glenn Beck's new book “Arguing With Idiots.”
*** 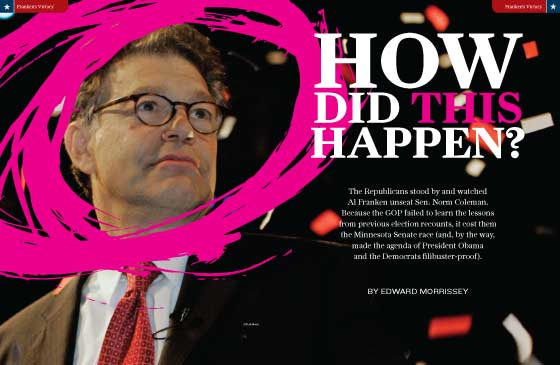 The cover story answers the important question about the Minnesota Senate race: “How Did This Happen?” The Republicans stood by and watched Al Franken unseat Norm Coleman. Because the GOP failed to learn the lessons from previous election recounts, it cost them the Minnesota Senate race (and, by the way, made the agenda of President Obama and the Democrats filibuster-proof).Ed Morrissey investigated and reports the details. Here’s a taste:

As the nation celebrated the end of a tortuously long presidential campaign Nov. 4, 2008, and the decisive result that would eliminate any hint of uncertainty of the winner and loser, Minnesota looked into the abyss of a dead heat for its most important statewide race. Thanks to the long coattails of Barack Obama and the determination of Minnesota Democrats to make sure all of their party’s voters’ ballots were counted, Democratic-Farmer-Labor (DFL) candidate, comedian and political pundit Al Franken had battled incumbent Republican Sen. Norm Coleman essentially to a draw. Only a few hundred votes separated the two men that night, and only a few hundred votes separated them in the end -- but those few votes would give Democrats a supermajority of 60 votes in the Senate with Franken’s win.This process would challenge Minnesota’s pride in its clean politics and test its confidence in its electoral system. More, it would eventually show that the upstart politician prepared better than the experienced, seasoned statesman and that Republicans failed to learn lessons from Washington state in 2004 about how to fight recounts. In the end, the difference would come down to how hard each campaign was willing to fight -- within the rules -- in order to prevail. 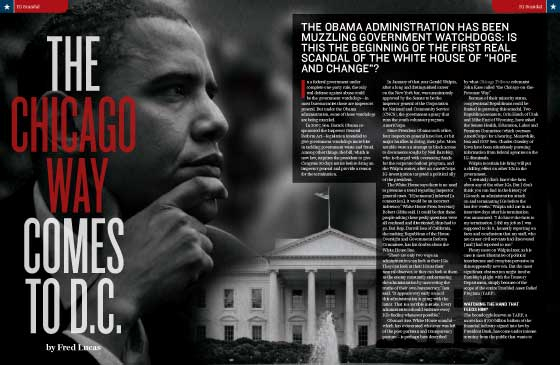 CNSNews.com White House correspondent Fred Lucas reports in the September issue: “The Chicago Way Comes to D.C.” The Obama administration has been muzzling government watchdogs: Is this the beginning of the first real scandal of the White House of “hope and change”?
*** 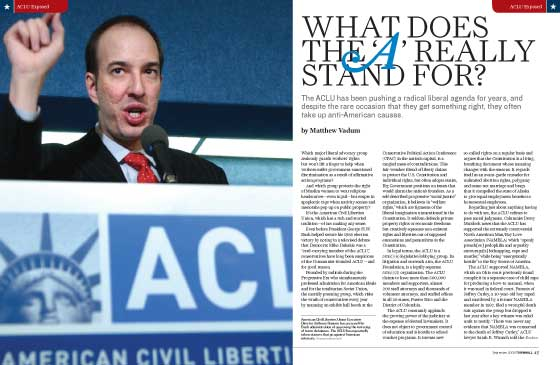 In an special examination of the ACLU, Matthew Vadum asks: “What Does the ‘A’ Really Stand For?” The ACLU has been pushing a radical liberal agenda for years, and despite the rare occasion that they get something right, they often take up anti-American causes.
*** 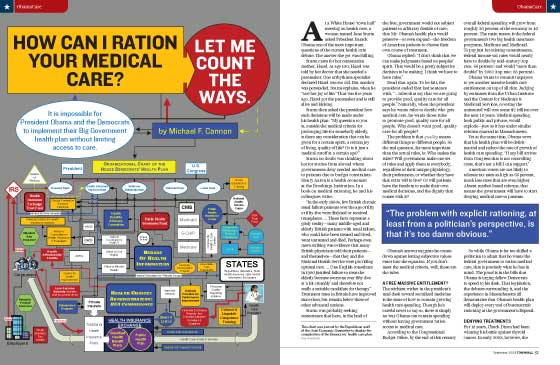 Cato health care analyst Michael Cannon details why the Left’s claims that health care will not be rationed under ObamaCare are complete bunk. In “How Can I Ration Your Medical Care? Let Me Count the Ways,” Cannon tells why it is impossible for President Obama and the Democrats to implement their Big Government health plan without limiting access to care.
*** 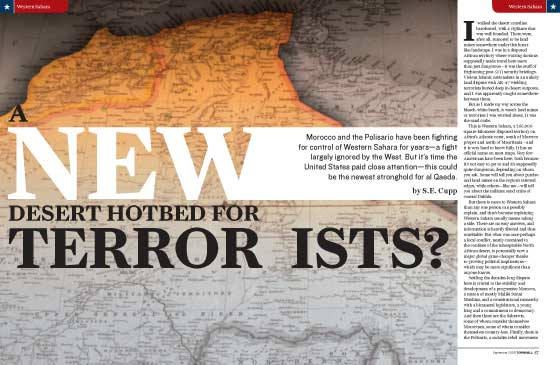 Conservative columnist, author and reporter S.E. Cupp breaks a very important national security story in the September issue. Her exclusive expose, “A New Desert Hotbed for Terrorists?” takes a close look at what’s going on in Africa. Morocco and the Polisario have been fighting for control of Western Sahara for years -- a fight largely ignored by the West. But it’s time the United States paid close attention -- this could be the newest stronghold for al Qaeda.
***
Also in the September issue:

*Mary Katharine Ham takes on the Obama team’s smears of Americans*Calling all superheroes*The real Walter Cronkite*Get to know Marco Rubio*Grading the Waxman-Markey climate bill*Alfonzo Rachel defies the Left*What it means to be “poor”*Why we’re losing the War on Terror*Bill Bennett’s back-to-school wisdom. . . And much more