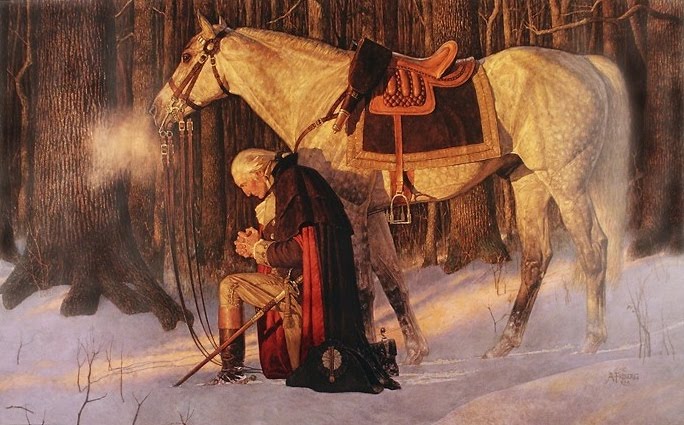 The Washington Examiner has a few thoughts worth reading about why it's worth celebrating "George Washington's Birthday," as today officially is designated.  Often, we don't hear as much about President Washington, as a person, perhaps because few of his writings (especially compared to Presidents Jefferson and Lincoln) survive.

I have always revered George Washington as the father of our country.  As the Examiner editorial points out, he was truly remarkable in that he made the unprecedented decision to relinquish power voluntarily, thus setting the precedent for civilian control of America's military.  He likewise resigned the presidency after two terms, setting another worthy precedent that wasn't disrupted until FDR.  That's doubly remarkable for a man who, in his early years, was well known for his burning personal ambition.

To a degree few of us can appreciate, his integrity, rectitude and sense of honor went far in providing the United States with a stable foundation that would allow it to become a shining "city on a hill." He was a Christian and a soldier -- and a very good man.  His steady leadership throughout the American revolution and in the earliest days of the republic was truly one of the many ways God blessed America.