The Need for Speed: Germany Assures Estonia of NATO Support Against Russians 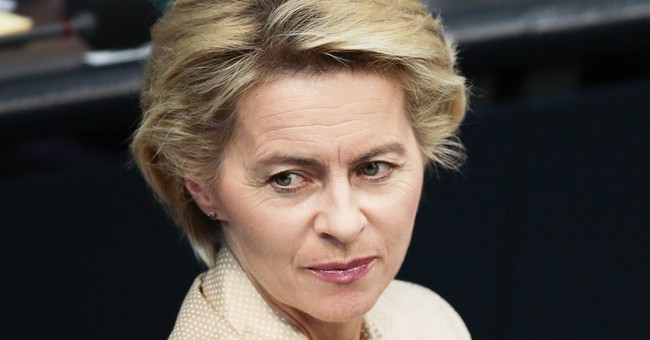 With tension high in the Baltic States over the possibility of a Russian invasion, Estonian President Toomas Hendrik Ilves has called for a permanent NATO force to be stationed in the state to preempt Russian aggression.

In response, German Defense Minister Ursula von der Leyen, currently on a state visit to Estonia, has assured Estonian officials of German support in a quick response to any such attack.

“Your concerns are also our concerns,” Von der Leyen told reporters in Tallinn, according to Deutsche Welle. She explained that Estonia should not “underestimate NATO's response capabilities.”

But Ilves’ request may not be an underestimation. He remains skeptical that NATO forces would be successful in fending off a Russian invasion, simply due to the response time that would be required to quell the aggression.

“It would get here in, what, a week? Five days?” Ilves said in an interview with The Telegraph last weekend. “But if you look at the exercises that are done by our neighbour, they’re basically instantaneous. They’re here and it’s over in four hours.”

NATO is currently setting up a “very high readiness Spearhead Force” of 5,000 troops. Lead elements of the force are able to move within 48 hours of a call, a NATO official told Townhall.

NATO Force Integration Units were established in Bulgaria, Estonia, Latvia, Lithuania, Poland and Romania after a defense meeting in February 2015 to facilitate the rapid deployment of NATO forces to the region, but no NATO troops have been permanently deployed to the area.

“NATO will defend all allies against any threat,” a NATO official told Townhall. “Since the start of the crisis caused by Russia's aggressive actions in Ukraine we've enhanced our presence in the east of the alliance with more planes, ships and forces… If anyone would even think of attacking an ally, they would be met by all 28 NATO allies.”

Nevertheless, it is increasingly clear that Russia is preparing for action.

“We have observed a dramatic increase in military flights,” Ilves said. “We have seen massive snap exercises at our borders. We have seen a heightened level of antagonistic rhetoric and threatening rhetoric where Estonia is not singled out, but we are part of a group of countries who are mentioned in a threatening way.”

Estonia shares 183 miles of border with Russia, of which much is accessible by lake. The northern border town Narva is a prime target for Russian forces.

“We are very appreciative of the arrival of U.S. troops last spring,” Tanel Sepp, Deputy Chief of Mission of Estonia’s Embassy in Washington told Townhall. “There was no question whether the U.S. and NATO troops were necessary.”

Training exercises with nations throughout the NATO alliance are increasingly frequent in the Baltics.

“We get exercises that take place behind our borders that have 40,000 to 80,000 soldiers,” Ilves said. “Yet we are accused of escalating the situation – or the United States is accused because they are the only ones with boots on the ground here – and Russia says that it will have to take counter-measures.”

In May, armed forces from Belgium, Germany, Latvia, Netherlands, Poland, the United Kingdom and the United States will assemble for a large training exercise in Estonia called “Siil,” which means “Hedgehog” in Estonian.

“Siil” will be “the biggest military exercise in the history of Estonia,” Sepp told Townhall.

The Baltic states will rely on NATO forces in the case of a Russian attack, but the key in support -- and the reason for Ilves’ statement -- is timing. Estonia’s capital city Tallinn is a short two-and-a-half hour drive from the Russian border. A 48-hour scramble time for NATO forces may be too late.

And such a support failure would have colossal consequences.

“If someone says ‘no’, at that point NATO ceases to exist,” Ilves said. “The minute a collective alliance fails to live up to its agreement to collective defence, then from that moment on, everybody is on the run.”