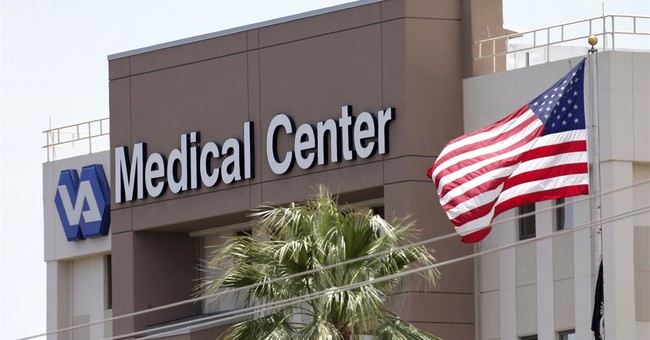 Editor's note: In the August issue of Townhall Magazine, where this column originally appeared, the American Legion's Daniel M. Dellinger explains why the VA is a system worth saving.

If it seems we’ve been here before, it’s because we have. Compassionate, timely care for veterans has been a challenge for our government since the aftermath of the Revolutionary War. The most important development in this journey came immediately after The American Legion was founded in 1919. Adequate care for veterans who came home changed by war was then, and remains today, the essential purpose of our organization.

After World War I, the mix of federal bureaus and agencies assigned to serve veterans was, at best, dysfunctional. At worst, it was corrupt. One early director of the Veterans Bureau, an ineffective predecessor to the Veterans Administration, was sent to prison after using government funds to stockpile and resell hospital supplies, including 100 years’ worth of floor wax, on the black market. Mentally ill veterans, meanwhile, were warehoused in jails, asylums, and abandoned hotels, their conditions undiagnosed, let alone treated. Disabled, blinded, poisoned, and diseased veterans became the burdens of their families, not of our nation. They begged on street corners after fighting up to the edge of death under our flag in the trenches of France.

The American Legion spent a decade fighting to repair the problem, making and winning the case for one federal authority to deliver care and earned benefits to veterans and their families. It was both a moral imperative and an expression of gratitude on behalf of a nation that should never take freedom for granted. VA would be that authority.

Since 1930, VA has withstood numerous shifts in health care delivery, patient demand, politics, technology, budgets, and organizational overhauls, including its rise to cabinet status in 1989. As the leading voice of veterans who use VA services, the Legion has been in the thick of every battle, from soaring demand after World War II to the embarrassing need to improve quality, cleanliness, and efficiency in the 1990s.

Over the last decade, VA has evolved to become, as author Phillip Longman wrote in his 2007 book comparing VA against all other sectors, “the best care anywhere.” The caregivers, The American Legion and, yes, even our government can be proud that the VA system outperforms all others in patient satisfaction and quality.

Timely access to VA’s high-quality care has been an unsolved problem for too long. When whistleblowers revealed secret lists and intentional lies, and that executives received bonuses based on falsified appointment records while veterans were dying in line, it was not time for more study. It was time for change.

That’s happening now because The American Legion believes VA is a system worth saving.

And while health care is undeniably expensive, so is war. If the United States is going to continue to rely on an all-volunteer force, it must include strong incentives to serve. It must honor President Lincoln’s promise “to care for him who shall have borne the battle and for his widow, and his orphan.”

Amid all the systemic scandals has emerged a familiar outcry to collapse the system: give veterans vouchers, and let them go to any facility that will take them. Such an argument suggests that veterans do not deserve the specialized quality of care VA provides.

And while The American Legion supports the issuance of vouchers for veterans in remote areas and those who have been languishing on the waiting lists, we view this as a temporary necessity rather than a long-term solution. Shuttering the VA suggests a willingness to surrender rather than solve a problem. Thankfully, those of us who served in uniform, often against life-threatening odds, are not inclined to give up so easily. •