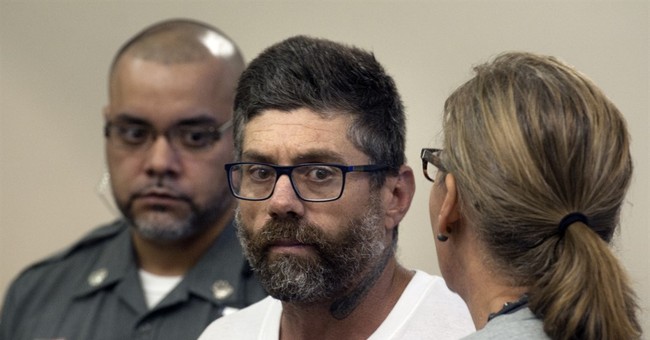 An illegal alien was sentenced to life in prison in New Bedford, Mass. on Friday after pleading guilty to the murder of his daughter. The man in question, Walter DaSilva, shot and killed Sabrina DaSilva in 2016 because he felt “disrespected.”

Walter DaSiIva admitted to shooting and killing his 19 year-old daughter because she continued to date an older man against his wishes. This apparently upset DSilva who felt further insulted when she refused to visit him on Father’s Day in 2016.

DaSilva had been separated from his daughter for a lengthy amount of time because he had also attempted to kill her mother, Lillian Silva, in 2002. DaSilva spent 8-10 years in jail and then was deported back to his home country of Brazil. This was the second time that he had been deported. He was also removed from the country in 1999.

In 2016, he returned to the States and quickly tried to reconnect with his daughter. He gave her many gifts, including $12,000. But, he told her not to see her 56 year old boyfriend. She ignored his request.

After obtaining the firearm, he drove to his daughter’s house in New Beddord, MA on July 3rd, 2016 where he planned to kill the couple. But, he decided to kill only his daughter after the boyfriend was no where to be found once DaSilva arrived at the house. He was then arrested a month later and charged with murder.

At his court hearing in 2016, the illegal alien smiled with glee as his charges were read aloud.

“He just looked at my face and smiled. He was so happy for what he did,” his daughter’s mother told the Boston Globe. “It made me cry. He’s very cold and mean and evil."

After nearly two years of legal procedure, DaSilva and his attorneys have reached a plea agreement. According to WWLP-22 News, "as part of the plea agreement, he will be eligible for parole after serving 25 years. DaSilva also pleaded guilty Friday to illegally carrying a firearm and possessing a loaded firearm...For the carrying charge he was sentenced to three years, which will be served prior to the life sentence, and for the possession charge he received a two-year sentence, which will be served concurrently with the life term."

"It gives the family some comfort, some closure," one official said. "Not total. It's legal closure. They don't have to worry about any of the court proceedings, and he's going to be in jail very likely for the rest of his life."

Sabrina DaSilva left behind her own daughter. She is now four years old.