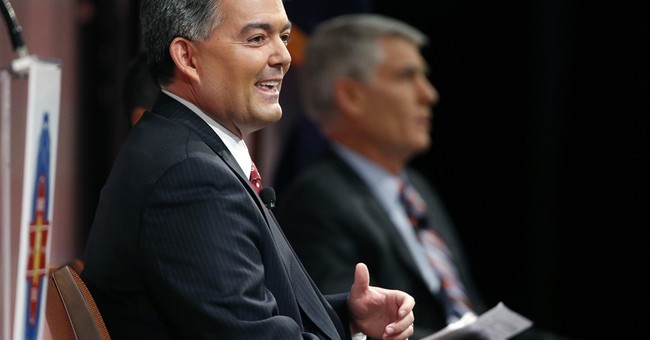 Early votes are already being tallied in Colorado, and so far Republicans have a solid 12 point lead over Democratic voters.

Election offices across the state have received 40,000 more ballots from Republican voters than Democrats in the 10 days since ballots were mailed to voters, a spread that far outpaces the advantage the GOP had in voter turnout at this time four years ago.

As of Wednesday, the most recent day the Colorado secretary of state's office released ballot return data, 145,824 Republican voters had mailed back their ballots while 105,401 Democrats had done the same. More than 77,000 unaffiliated voters had also returned their completed ballots.

This year each and every one of Colorado’s three million registered voters received a ballot in the mail. In most other states, mail-in ballots are only sent on request to individuals who will be absent on Election Day. Colorado, however, became the third state to offer default mail-in ballots after the bill passed last year without a single Republican vote.

Earlier this week, James O’Keefe of Project Veritas exposed several liberal activists condoning voter fraud, by encouraging the filling out and mailing in of discarded ballots. These early numbers provide hope that this was, perhaps, an isolated incident.

“Republican ballots are pouring in in huge numbers. Advantage us. But now is not the time to be complacent.”