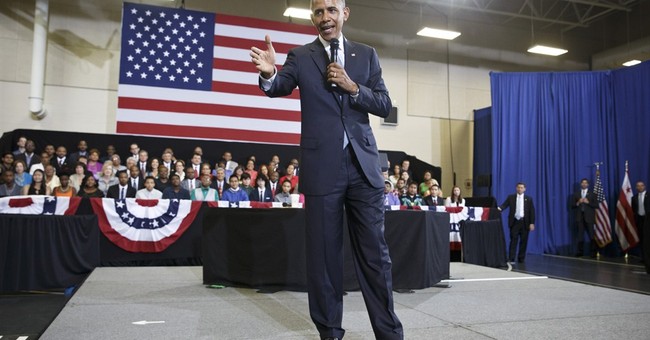 Actors in the political arena often wield the buzz term “income inequality” to describe how the system can be unfair for hard working Americans. In December, President Obama even called it “the defining challenge of our time.” While the term may be a useful emotive tool, a recent study revealed it may not be a very burning policy issue; in fact, income inequality has actually been shrinking globally for the last 20 years.

“The economic surges of China, India and some other nations have been among the most egalitarian developments in history.

Of course, no one should use this observation as an excuse to stop helping the less fortunate. But it can help us see that higher income inequality is not always the most relevant problem, even for strict egalitarians. Policies on immigration and free trade, for example, sometimes increase inequality within a nation, yet can make the world a better place and often decrease inequality on the planet as a whole.

The evidence also suggests that immigration of low-skilled workers to the United States has a modestly negative effect on the wages of American workers without a high school diploma, as shown, for instance, in research by George Borjas, a Harvard economics professor. Yet that same immigration greatly benefits those who move to wealthy countries like the United States. (It probably also helps top American earners, who can hire household and child-care workers at cheaper prices.) Again, income inequality within the nation may rise but global inequality probably declines, especially if the new arrivals send money back home.

From a narrowly nationalist point of view, these developments may not be auspicious for the United States. But that narrow viewpoint is the main problem. We have evolved a political debate where essentially nationalistic concerns have been hiding behind the gentler cloak of egalitarianism. To clear up this confusion, one recommendation would be to preface all discussions of inequality with a reminder that global inequality has been falling and that, in this regard, the world is headed in a fundamentally better direction.”

The study’s authors, Christoph Lakner, a consultant at the World Bank, and Branko Milanovic, senior scholar at the Luxembourg Income Study Center, mulled over the political implications of their findings. They suggest that it could weaken our democratic system to hollow-out the “vibrant middle class” that is so largely correlated with democracy.

Rather than focus on inequality within the nation, lawmakers ought to be focusing on wealth-maximizing policies, Cowen noted. The system ought to be fostering overall growth, not redistribution:

“If our domestic politics can’t handle changes in income distribution, maybe the problem isn’t that capitalism is fundamentally flawed but rather that our political institutions are inflexible. Our politics need not collapse under the pressure of a world that, over all, is becoming wealthier and fairer.”