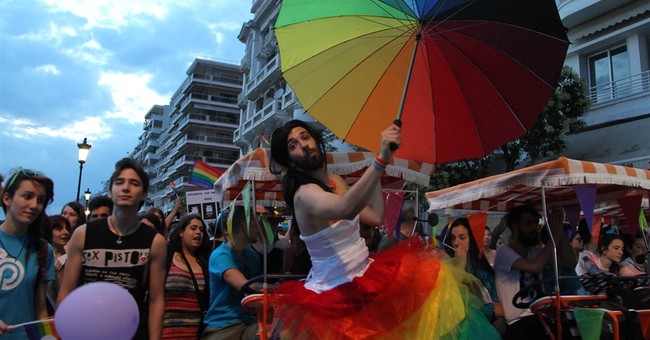 The city (noted within the state for its naked runs, weed smokers, and also the delicious pizza shop showcased on “Man vs Food”), began offering the licenses just hours after a Denver appeals court struck down Utah’s voter-approved ban Wednesday. The hitch? The order was stayed until the Supreme Court makes a ruling, which will not come until at least October since the Supreme Court adjourned Monday.

Attorney General John Suthers warned Boulder Wednesday to stop acting illegally. When this had no effect, Suthers followed up Friday with another order:

“As things currently stand, nobody can be happy. You, alone, are issuing marriage licenses to same-sex couples, and many of these couples have have declared that they believe their licenses to be legal and valid. Yet the State’s constitutional and statutory prohibitions on such licenses remain in effect and on the books….issuing license in these circumstances has no effect other than to “mislead the recipients of the license and the general public.”

If Boulder agrees to cease acting contrary to Article II of the Colorado Constitution, the state will file a joint petition to the Supreme Court asking for an expedited decision. A Boulder county attorney emailed Suthers' office Monday, requesting the offer be extended through July 10. In the meantime, the clerk, Hillary Hall, chose to continue to break the law Monday by issuing more invalid marriage licenses.

Hall has until noon Tuesday to respond to the proposal. Time is ticking.

Update: Hall ignored the deadline and proceeded to issue unconstitutional marriage licenses. As reported by The Denver Post:

"This was not a hard decision. I'm proud to do this for my community," Hall said Tuesday afternoon, adding, "it's not about politics. This is about people who love each other."

Pretending to have the legal authority to administer invalid gay union licenses hardly seems like a loving act towards the community. Especially, considering the state's Attorney General agreed to attempt to expedite the Supreme Court's ruling should Hall stop her lawless actions. These "married" couples are only being soothed into a false sense of security.