Hagel Testifies on Bergdahl Deal: “I Support It and I Stand by It” 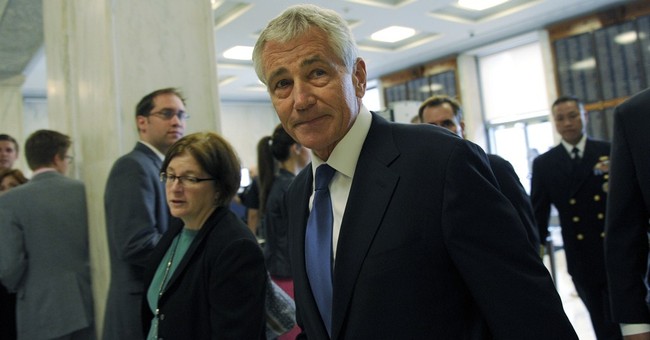 “We believed this exchange was our last and best opportunity to free him,” Hagel stated.

Despite the fact that more than 80 White House personnel were aware of the impending deal as early as January, Congress was left entirely out of the conversation.

“We could have done a better job of keeping you informed,” Hagel agreed.

Previous congressional discussions revealed that there was genuine opposition to the Taliban Five being released, according to McKeon. He claimed the unchecked swap set a dangerous precedent for how the president plans to clear out the Guantanamo Bay prison and was a direct violation of section 1035 of the National Defense Authorization Act.

When asked by Rep. Jeff Miller (R-Fl.) if the president will continue to make further decisions of this nature without the consent of Congress, Hagel responded:

“Not unless there’s an extraordinary set of circumstances like this one.”

Nearing the close of the hearing, McKeon stated that ultimately, the three branches of government must work together “for the satisfaction of the Constitution and for the people we are meant to serve.”