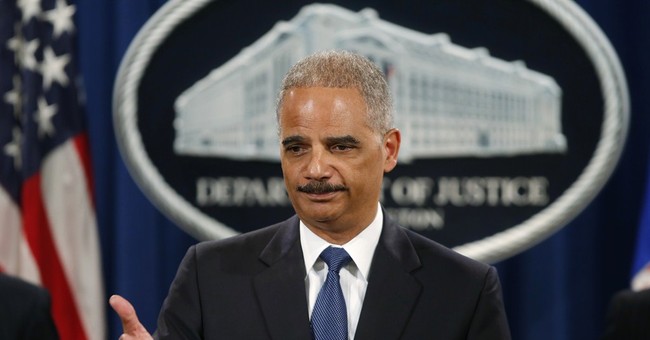 The federal government declared Friday that it will launch a 2 million dollar program to supply illegal immigrant minors with lawyers. The announcement came in the wake of the recently leaked photos of immigrant children held in Border Patrol warehouses in Texas and Arizona.

The Department of Justice is collaborating with the Corporation for National and Community Service (CNCS), which administers AmeriCorps, to launch the program:

The interagency agreement reflects the spirit of a presidential memorandum issued on July 15, 2013, that established the Task Force on Expanding National Service. The task force calls on federal agency leaders to identify ways to address some of the nation's most pressing challenges by expanding national service.

“With the launch of justice AmeriCorps, we're taking a historic step to strengthen our justice system and protect the rights of the most vulnerable members of society,” said Attorney General Eric Holder. “How we treat those in need, particularly young people who must appear in immigration proceedings - many of whom are fleeing violence, persecution, abuse or trafficking - goes to the core of who we are as a nation. Through this program, we reaffirm our allegiance to the values that have always shaped our pursuit of justice. We empower new generations of aspiring attorneys and paralegals to serve their country and stand on the front lines of this fight. And we bolster both the efficacy and the efficiency of our immigration courts.”

The program will employ approximately 100 lawyers and paralegals across at least 28 states. Their services will be provided to children under the age of 16 who must appear before an immigration court.

Americans have the right to an attorney per the Sixth Amendment of the U.S. Constitution. Illegal immigrants, however, are not U.S. citizens and are therefore not entitled to this right. This is merely another way of adapting laws in an attempt to help integrate these undocumented individuals into the United States.

President Obama previously eased the crackdown on illegal immigrant children in 2012 when he passed the Deferred Action for Childhood Arrivals. As Conn noted earlier, the number of illegal minors to cross the border doubled the year DACA launched and the numbers are only expected to get worse.

As noted by the Associated Press (emphasis added):

An unusually large number of those crossing in South Texas are unaccompanied children, many seeking to join parents who are already in the U.S. illegally. Authorities arrested 47,017 unaccompanied children on the border from October through May,up 92 percent from the same period a year earlier. A draft Border Patrol memorandum estimates that number could reach 90,000 in the fiscal year ending Sept. 30, up from a previous government estimate of 60,000.

Extending constitutional priveleges to illegal immigrants sounds like the perfect way to insure a steady influx of undocumented immigrants.