McCain: Ukrainians Feel 'Abandoned' by the U.S.; This is Shameful 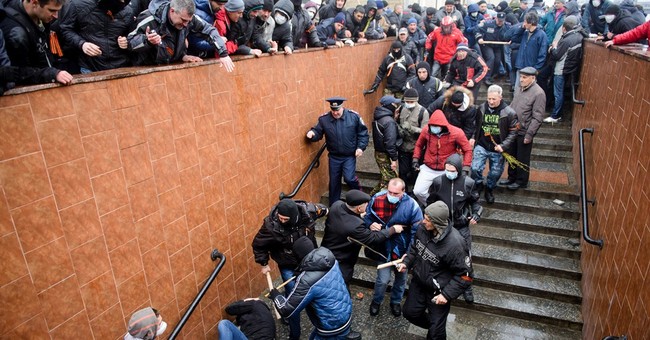 The United States has encouraged Vladimir Putin to continue violating international law by failing to enact anything ‘meaningful or important’ in the aftermath of Russia’s annexation of Crimea, Sen. John McCain (R-Ariz.) said Sunday.

His comments on ‘Face the Nation’ come after pro-Russia riots spread into Eastern Ukraine over the weekend, leaving five people wounded and at least one State Security Service officer dead. There is no doubt that Putin is behind the attacks, McCain claimed:

We ought to at least, for God's sake, give [the Ukrainians] some light weapons with which to defend themselves. So far, this administration's not only not done that, but they won't even share some intelligence with the Ukrainian government. I can tell you from my conversations with people in the government, they feel abandoned by us. And rightfully so. This is shameful.

When it comes to the Ukraine, the United States has been all talk and no action, McCain claimed, and it is time for America to lead.