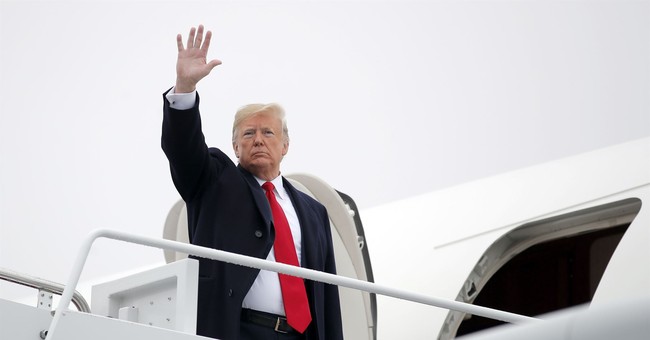 The Dow Jones, while volatile now, had a 5,000-point surge in 2017, the largest annual gain in its history. Second quarter growth reached four percent, while third-quarter growth was a solid 3.5 percent. Oh, and have we forgotten about those small business and consumer confidence numbers? They’re the highest in nearly two decades.

"Looking at the number of millionaires, we see that there are 42.2 million millionaires worldwide, which is up 2.3 million over the previous 12 months. Our research indicates that the United States added 878,000 new millionaires – representing around 40 percent of the global increase – to its already sizable stock," the bank said.

The report showed that U.S. wealth grew at 6.5 percent, higher than the world average of 4.6 percent, and has extended a pattern that started during former President Obama's administration.

“Total wealth and wealth per adult in the United States have grown every year since 2008, even when total global wealth suffered a reversal in 2014 and 2015. The United States has accounted for 40 percent of all increments to world wealth since 2008, and 58 percent of the rise since 2013. While not wishing to cast doubt on the ‘Trump Effect’ on financial markets, it seems inevitable that the uninterrupted spell of increasing wealth in the United States will come to an end at some time. Fortunately, there are signs that wealth inequality is no longer rising, which should mitigate the impact of any setback on the middle classes.”

So, it looks like Trump isn’t a middle-class killer, and that the economic boom, while it may come to a close sometime in the future, will continue to roar.