BREAKING: Sen. Cornyn Confirms There Will Be An FBI Investigation 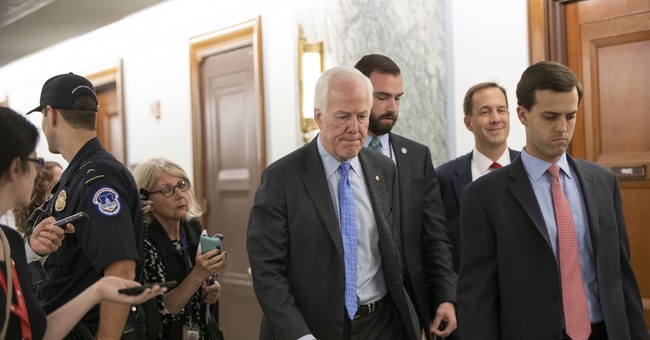 Well, after Sen. Jeff Flake (R-AZ) requested a delay in the floor vote, the whole nomination process was thrown into chaos again. The Senate Judiciary Committee voted this afternoon to send the Kavanaugh nomination to the Senate floor on a party-line vote. There’s still a lot of drama engulfing the Hill. Now, Sen. John Cornyn says there will be a week long FBI investigation into the allegations of sexual misconduct against Judge Kavanaugh.

THIS - BREAKING: Cornyn told us there will be a supplemental FBI investigation. To last no more than a week.

LATEST: John Cornyn, the No. 2 GOP leader, says leaders have agreed to delay the Kavanaugh confirmation to allow for a one-week supplemental FBI probe.