Anonymous Senior Trump Official: I'm Part Of The Resistance And I'm Working To Nuke His Agenda 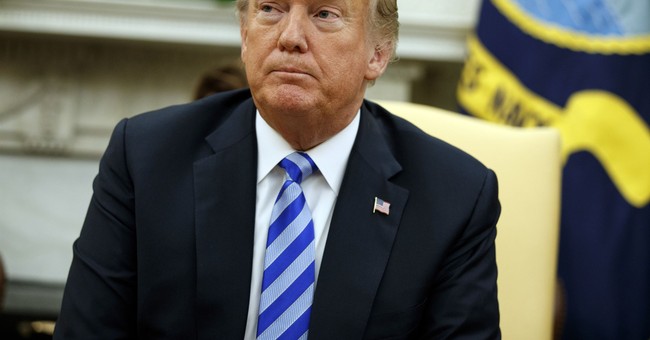 Sanders continued “This is a new low for the so-called “paper of record,” and it should issue an apology, just as it did after the election for its disastrous coverage of the Trump campaign. This is just another example of the liberal media’s concerted effort to discredit the President.”

The press secretary ended her statement calling for resignation saying “the individual behind this piece has chosen to deceive, rather than support, the duly elected President of the United States.  He is not putting country first, but putting himself and his ego ahead of the will of the American people.  This coward should do the right thing and resign.”

What in the fresh hell is this? Its not necessarily shocking news that there are leakers within the Trump administration, with allegations of deep state operatives working against the White House for quite some time. Well, one anonymous senior Trump administration official declared he’s a member of the resistance within the government, and that this person, along with some like-minded individuals, are working to torpedo the president’s agenda. This person placed a lengthy op-ed in The New York Times, which ran it anonymously. Oh, it’s full of good anti-Trump fodder, especially the part about the alleged mental instability of the president and the supposed whispers about invoking the 25thAmendment from Trump’s cabinet:

To be clear, ours is not the popular “resistance” of the left. We want the administration to succeed and think that many of its policies have already made America safer and more prosperous.

But we believe our first duty is to this country, and the president continues to act in a manner that is detrimental to the health of our republic.

That is why many Trump appointees have vowed to do what we can to preserve our democratic institutions while thwarting Mr. Trump’s more misguided impulses until he is out of office.

The root of the problem is the president’s amorality. Anyone who works with him knows he is not moored to any discernible first principles that guide his decision making.

Although he was elected as a Republican, the president shows little affinity for ideals long espoused by conservatives: free minds, free markets and free people. At best, he has invoked these ideals in scripted settings. At worst, he has attacked them outright.

Don’t get me wrong. There are bright spots that the near-ceaseless negative coverage of the administration fails to capture: effective deregulation, historic tax reform, a more robust military and more.

But these successes have come despite — not because of — the president’s leadership style, which is impetuous, adversarial, petty and ineffective.

From the White House to executive branch departments and agencies, senior officials will privately admit their daily disbelief at the commander in chief’s comments and actions. Most are working to insulate their operations from his whims.

Given the instability many witnessed, there were early whispers within the cabinet of invoking the 25th Amendment, which would start a complex process for removing the president. But no one wanted to precipitate a constitutional crisis. So we will do what we can to steer the administration in the right direction until — one way or another — it’s over.

There is a quiet resistance within the administration of people choosing to put country first. But the real difference will be made by everyday citizens rising above politics, reaching across the aisle and resolving to shed the labels in favor of a single one: Americans.

No, it’s deep state shenanigans—and precisely the insufferable Never Trump bullcrap that the rest of the party has had to deal with while trying to get the country back on track—and it is back on track, despite what CNN-land thinks. If you don’t like the current administration, resign. And better yet, if you’re going to write something likes this, please add your name. Trump wasn’t elected to polish conservative principles. He’s not a conservative. He’s a right-leaning populist, so of course he veers away from some of the precious issues that the conservative intelligentsia holds dear. He was elected to smash things up, reset the system, and give a seat to the table to the millions who have been ignored, denigrated, mocked, and marginalized in rural America, especially the Rust Belt. He was elected to get results. He’s getting results: four percent economic growth in the second quarter, U.S. worker pay reaching it’s highest in 10 years, rebuilding our military, small business and consumer confidence reaching it highest marks in decades—34 and 18 years respectively—three million new jobs, and unemployment reaching an 18-year low. Oh, and black unemployment has reached historic lows, with three million working class families getting bonuses averaging $1,000 or more thanks to the Trump tax cuts which has formed a solid foundation for economic growth. So far as I can see, the nation is not crumbling. We’re not in a constitutional crisis, so stop trying to look for one, or create one. He’s getting results. Trump voters knew about his alleged affairs, his brash attitude, and they didn’t care. He’s no angel. Then again, neither are most congressional members on the Hill. It’s a snake pit. And he’s not a politician, so shocker—he might not come off as someone who has engorged himself on D.C. swamp water.

I was a Trump skeptic, but he’s surprised me—and in a good way. The Democrat-media complex and its allies in Congress have done an excellent job pushing me deeper into the Trump camp. The overreach and the pervasive histrionics from the Left since 2016 has done nothing but push the GOP, even skeptical ones, onto the MAGA train. I can tell you now that I will be proudly voting to give this man a second term. He has given the conservative Republican wing of the party almost everything they’ve wanted for years. Tax reform, deregulation, loosening of the EPA’s stranglehold on energy, rebuilding the military, and at the very least being a cheerleader for the country. There are now more jobs than job seekers. Americans’ paychecks are bigger. How are we in a state of misery?

So, the main beef is that Trump is doing good things, but he’s amoral. Well, you can’t always get what you want. You don’t like it—ship off. Don’t stay for some self-righteous crusade to bring back honor to government. D.C. is and will forever be viewed as an elitist hellhole whose inhabitants would not be missed if the entire city were to disappear into the ocean.

Oh, and enough with this country over party crap. The GOP control the White House, Congress, 69/99 state legislatures, and two-thirds of the governorships. Country over party...we are the country.

On a side note, some people had some ethical issues with this move by the Times.

In my semiprofessional judgment, this is a really bad call by the New York Times. https://t.co/eWodZ1LZS2

Gonna be amazing when that NYT op-ed ends up being a psy op released by Trump to smoke out the traitors pic.twitter.com/VP2dErwN9S