So, When Did The Russia Probe Become A Political Clown Show?; UPDATE: A Set Up? 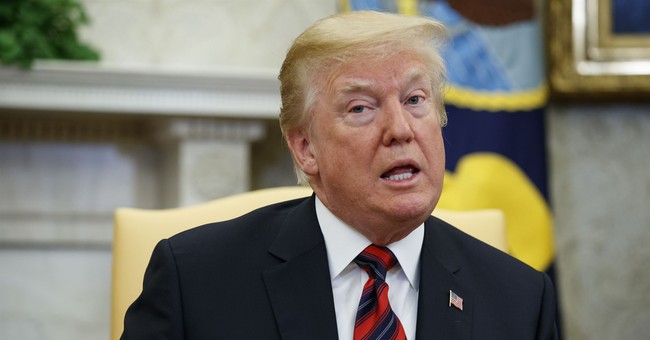 So, we allegedly have the name of the spy the FBI used to gather information on the Trump team during the 2016 election. Just follow the breadcrumbs the news media left behind and then neglected for some reason to name the source; The Daily Caller printed his name and other outlets have now followed suit. The Intercept has an in-depth piece about Stefan Halper, a CIA operative that’s been named as the source, and his past activities, including the reported actions he took in 2016 to supposedly gather intelligence from the Trump team—specifically George Papadopoulos, Sam Clovis, and Carter Page. He’s also a professor at Cambridge University. So, what’s new? Well, we found out that he approached Carter Page weeks before the official start of the FBI’s counterintelligence probe into whether there was collusion between the Kremlin and the Trump campaign, an investigation now quarterbacked by Special Counsel Robert Mueller.

The Washington Times’ Larry O’Connor noted that from what we know now—this whole investigation is political, pending new developments. So, when did it all become a political clown show? The Wall Street Journal’s Kimberley Strassel asked that question. She noted how this was a two-pronged operation, with the political and law enforcement wings, traveling on separate timelines/paths, both with the same mission: destroy Donald J. Trump. Also, touching on questions from Rep. Devin Nunes (R-CA), the chair of the House Intelligence Committee, was the Trump camp “set up?”

Think of the 2016 Trump-Russia narrative as two parallel strands—one politics, one law enforcement. The political side involves the actions of Fusion GPS, the Hillary Clinton campaign and Obama officials—all of whom were focused on destroying Donald Trump. The law-enforcement strand involves the FBI—and what methods and evidence it used in its Trump investigation. At some point these strands intersected—and one crucial question is how early that happened.

What may well have kicked off both, however, is a key if overlooked moment detailed in the House Intelligence Committee’s recent Russia report. In “late spring” of 2016, then-FBI Director James Comey briefed White House “National Security Council Principals” that the FBI had counterintelligence concerns about the Trump campaign. Carter Page was announced as a campaign adviser on March 21, and Paul Manafort joined the campaign March 29. The briefing likely referenced both men, since both had previously been on the radar of law enforcement. But here’s what matters: With this briefing, Mr. Comey officially notified senior political operators on Team Obama that the bureau had eyes on Donald Trump and Russia. Imagine what might be done in these partisan times with such explosive information.

And what do you know? Sometime in April, the law firm Perkins Coie (on behalf the Clinton campaign) hired Fusion GPS, and Fusion turned its attention to Trump-Russia connections. The job of any good swamp operator is to gin up a fatal October surprise for the opposition candidate. And what could be more devastating than to paint a picture of Trump-Russia collusion that would provoke a full-fledged FBI investigation?

We already know of at least one way Fusion went about that project, with wild success. It hired former British spy Christopher Steele to compile that infamous dossier. In July, Mr. Steele wrote a memo that leveled spectacular conspiracy theories against two particular Trump campaign members—Messrs. Manafort and Page. For an FBI that already had suspicions about the duo, those allegations might prove huge—right? That is, if the FBI were to ever see them. Though, lucky for Mrs. Clinton, July is when the Fusion team decided it was a matter of urgent national security for Mr. Steele to play off his credentials and to take this political opposition research to the FBI.

The question Mr. Nunes’s committee seems to be investigating is what other moments—if any—were engineered in the spring, summer or fall of 2016 to cast suspicion on Team Trump. The conservative press has produced some intriguing stories about a handful of odd invitations and meetings that were arranged for Messrs. Page and Papadopoulos starting in the spring—all emanating from the United Kingdom. On one hand, that country is home to the well-connected Mr. Steele, which could mean the political actors with whom he was working were involved. On the other hand, the Justice Department has admitted it was spying on both men, which could mean government was involved. Or maybe . . . both.

Earlier this month, Strassel also said that she might know who the FBI’s source is, but her sources within the intelligence community didn’t give it to her, nor could they confirm, so she decided not to roll the dice and disclose a name. Stefan Halper was later revealed to be the supposed source, but there might be another one.

As of now, the DOJ’s inspector general is going to look into these spy claims, even expanding the original order that was handed down over the weekend. Now, some on the Left are claiming this has set off a constitutional crisis. No. Nope. Sorry—wrong. This isn’t some conspiracy theory anymore. His campaign was spied on by the previous administration. While not running for re-election, the fact remains that a Democratic administration decided to spy on the presidential campaign of the opposing party. It’s serious. It’s not fake news. And President Obama may need to answer some questions throughout the course of this investigation. All of this happened when he was in office and none of it could have proceeded without him knowing.