Erickson: 'I'm a Christian, I Believe There Are Demons In The World, And I Think Most of Them Have A Twitter Account' 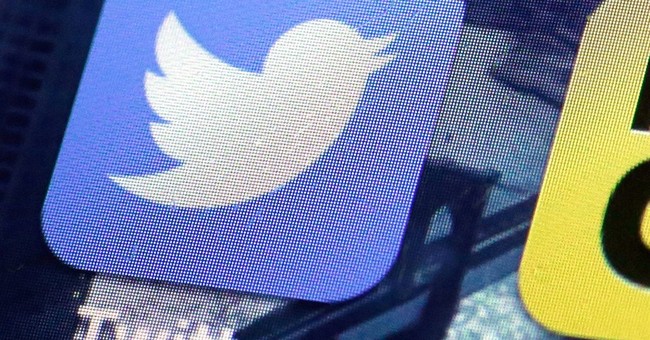 ATLANTA, Georgia – RedState’s Erick Erickson was the closing keynote speaker after a two-day conference on food stamp reform, Obamacare, government fraud hosted by the Foundation for Government Accountability. Here, Erickson spoke at length about liberal media culture, and the delusions from within these circles.

We all know the liberal media is powerful; they have reach–but there’s a way to cut each of their Achilles tendons.

Erickson described this cadre of lefty reporters and bloggers as clubby, they’re more interested in narrative than facts, they’re interested in getting from A to B, and they want to change the world for the better, whatever that is–but there are ways to disrupt that narrative.

He said conservatives should forcibly disrupt the narrative by presenting facts that negate it, and highlighting the illogical outcome of their policies. Yet, tell stories as well, and point those out on Twitter. A huge focus of the FGA conference was based on how powerful storytelling is in media; we can’t solely get through to people just by listing facts.

The evolution of the dissemination of information, according to Erickson, went from writing, to storytelling and pictures. He was a bit unnerved by the latter since pictures aren’t necessarily the best vehicles for critical thinking. You can shame reporters for not doing their job. A classic example of this was Kermit Gosnell, it wasn’t being covered, the right voiced their shame, and the Atlantic, Washington Post, and other mainstream outlets followed suit.

Also, never underestimate the power of writing a letter to the editor. Better yet, having a group of you write letters to the editor over biases in reporting, or pushing back against whatever loony narrative the left is pushing at present. Besides the obituaries, people still read newspapers for the letters to the editor. Also, radio is an incredibly powerful tool as well. Erickson noted that because people sit in Atlanta traffic for two hours or more on their commute home, they listen to the radio. He joked that if he were to have a conversation at the local mall on some random day, people would approach him after recognizing his voice.

Also, for the grassroots activists, Erickson noted how members of Congress tell him how “dumb” the foot soldiers have become, but it’s not their fault. They’re just not properly informed, with their fact sheets filled with errors–and in some cases; not really knowing the policy, which prompted the phone call to said legislator.

There are a few obstacles to mobilizing an army of conservative warriors fighting against the legions of liberal narratives: fewer people are willing to be bold. That doesn’t mean you need to be “an ass” when you decide to channel the courage to speak out, according to Erickson. But, people are less willing to tell the truth because of harassment from the left directed at them, their friends, and their families.

Erickson also said conservatives have to do a better job defending our friends. Granted, there are some people who need to be let go–Erickson didn’t name names–but, overall, we shouldn’t sit idly by as the left descends upon the Duck Dynasty guys in an effort to drive them out. He noted that they’re not martyrs of the early Christian period, but we need to stand by folks when they voice their opinions, or try to tell the truth about government corruption and fraud.

Now, at the same time, the left, which Erickson described as the “Hordes of Mordor,” don’t just go after conservatives; they eat each other–and it’s just as bad.

Right now, it is a period of civil war with the progressive Human Rights Campaign, with saying the organization is too dominated by gay, white males (via BuzzFeed):

Staff at the Human Rights Campaign last fall described the working environment at the nation’s largest LGBT rights group as “judgmental,” “exclusionary,” “sexist,” and “homogenous,” according to a sharply critical report that was commissioned by HRC and obtained by BuzzFeed News.

Based on a series of focus groups and surveys with the staff, conducted by outside consultants, the report detailed systemic problems within HRC — ranging from treatment of employees, including those who are transgender, to concerns about human resources and organizational commitment to diversity and inclusion.

HRC acknowledged the report on Tuesday, and provided BuzzFeed News with a four-page response on Wednesday. HRC spokesman Fred Sainz told BuzzFeed News that the group commissioned the report “as part of its own self-reflection and is a concrete sign that HRC is committed to doing better both by our employees and the communities we serve.”

Three elements of the report, which was conducted by The Pipeline Project, were provided to BuzzFeed from an anonymous source: a snapshot of the findings, a summary of the findings, and a detailed report from the group.

The environment for transgender staff was highlighted in the Pipeline Project report as a particularly problematic area. In the summary of findings, the consultants broke out the focus group discussions about the experience of trans staff at HRC “[d]ue to the depths of concerns.” Among those issues were findings that “[t]rans* people don’t feel safe to come out at HRC,” noting that some staff “work for years at HRC before coming out as trans.”

The report also notes that “[t]rans* people are frequently misgendered with the wrong pronouns, after repeated corrections.”

The other Achilles heel for the media is that they think they have a monopoly when they don’t. This tends to play out with them undermining their credibility by missing stories, which leads to them reporting on issues that have already been published by members of the new media.

Right now, liberals and some conservatives are writing about the coming political doom of the political right in our society. But Erickson was somewhat optimistic saying how “reality always beckons us back.” Liberals may try to bend the facts–and they do–in order to accommodate their desire to be on the right side of history but reality isn’t mendable, and there’s no escape. There’s no escaping the fact that totalitarianism comes from the left not the right; the collapse of the family and social decay comes from the left, not the right; and all of this was accelerated when Lyndon Johnson instituted the Great Society.

For those who wish to stay out of the fight, or those who are in it and are interested in fighting the culture war, Erickson said two things: a) the culture war is everywhere b) the culture war isn’t grounded in gay rights or Caitlyn Jenner; it’s economics, the family, capitalism, and sound education. Why? Because everything is political to the left, and there’s an arc in history where they must land of the right side. In all, you will be made to care.

Now, we can’t always be wired in all the time. Erickson concluded his remarks by saying that living in middle Georgia, with friends who aren’t political is what keeps him sane. His life isn’t online. He said he has a family, friends, and he likes to spend his nights drinking bourbon and smoking cigars with people who don’t read his material. He loves being away from the bubble.

And given what he told us about the liberal media, their biases, and what we can do to fight back, he mentioned that we must remember that people do not care about the things you care about in same the way. So, you have to reach them by being their friend. You have to break bread; we’re social creatures. If you cannot do that, you will have zero impact if you cannot be someone’s friend.