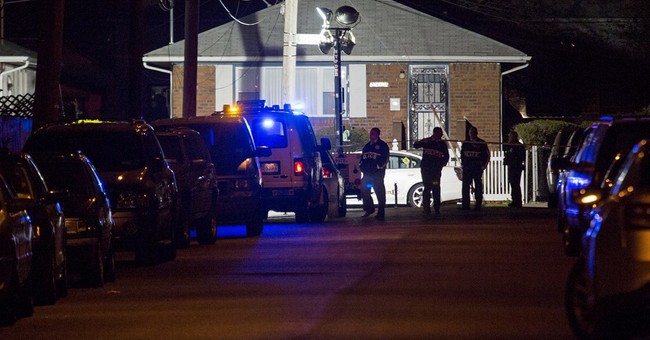 Brian Moore, the NYPD Officer who was shot in the face over the weekend, has passed away. Moore, age 25, was in plain clothes patrolling Queens Village with his partner when they approached Demetrius Blackwell on the suspicion that he had a firearm. As Moore and his partner pulled up in their unmarked police car, Blackwell opened fire, hitting Moore in the head (NYT):

Officer Moore and a partner had been patrolling an area of Queens Village in an unmarked car when, the police said, they observed a man adjusting his waistband. They pulled up behind him to question him and as they did so, the police said, the man turned and fired at the car.

Ninety minutes after the shooting, officers arrested Demetrius Blackwell, 35, at a house a block from the scene of the shooting, near the corner of 212th Street and 104th Road.

Mr. Blackwell was arraigned on Sunday in Queens County Criminal Court on charges including attempted murder, assault and weapons possession. With Officer Moore’s death, those charges were expected to be elevated to include murder.

After more than a day of searching, the gun used in the shooting was found by detectives Monday morning around some rubble in a backyard that officials said was along the short route they suspected Mr. Blackwell took after the shooting. The gun, a .38-caliber revolver, had two live bullets and three expended casings.

The police said three .38-caliber rounds were fired at the officers, two striking their car and one hitting Officer Moore.

Moore is the fifth police officer to be shot in New York City in the past five months. NYPD Police Commissioner said that Blackwell has an extensive criminal history.