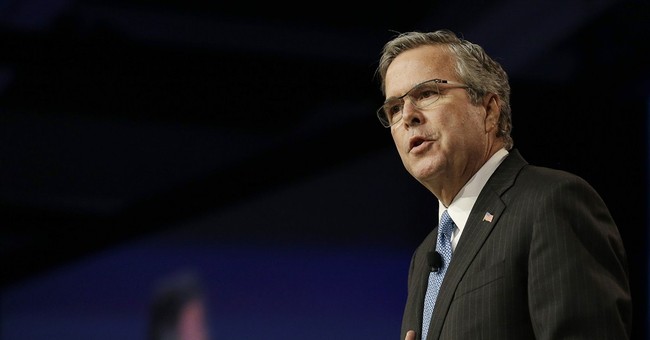 So, is this a sign that Romney really isn’t running for president in 2016? A top strategist for Romney in 2012– Dave Kochel–has decided to jump onboard the Jeb Express; he’s been selected to be senior strategist to Bush’s political action committee–and could be Jeb’s national campaign manager if the former Florida governor wants to get more serious about 2016 (via NYT):

David is one of the most talented state-based operatives in the nation and brings a different focus and different set of priorities to our effort to communicate Governor Bush’s focus on economic and social mobility,” said Sally Bradshaw, Mr. Bush’s longtime strategist.

The move to tap Mr. Kochel, who advised Mr. Romney for over six years, represents a shot across the bow of the 2012 Republican nominee, who is now considering a third bid for the White House.

“I really believe Governor Bush is the right person for the right time,” he said. “He has a successful conservative record in Florida, and I’d put that record up against anybody else.”

Mr. Kochel is moving this spring to Miami to join Mr. Bush’s national effort, but his hiring also indicates that Mr. Bush is likely to compete aggressively in Iowa, where hard-line conservatives are a force in Republican contests.

“There are a number of people here who will be interested in signing up,” Mr. Kochel said. “You compete everywhere because that’s how you win delegates.”

Sure sign Romney not running @danbalz: Dave Kochel to Bush Land. A good get for Jeb and a good scoop for @jmartNYT http://t.co/pIDpFxJ6Vk

Mr. Kochel got his start in Iowa state politics; his most recent job being a senior adviser on Joni Ernst’s successful 2014 senate campaign. So, does this mean Romney isn’t running? Salena Zito of the Pittsburgh Tribune-Review tweeted that this is a “sure sign.” Yet, Romney continues to give signals that he’s trying for a third run in 2016 (via Boston Globe):

Mitt Romney staged a campaign-style swing Wednesday through a Deep South state that spurned him in the 2012 Republican primary, calling for a national war on poverty, testing a few attack lines directed at Hillary Rodham Clinton, and declaring his fondness for pulled pork.

It was the first opportunity for Romney to show off a new, somewhat looser stump style as he weighs whether to seek the White House for a third time. He appeared more at ease than he typically did when he was the 2012 Republican nominee, joking about his personal wealth and discussing his Mormon faith.

He told offbeat tales of his failed presidential bid and quipped about advice he got during the last campaign from a man who urged him to grow a little stubble to appear “more sexy.”

“As if I needed that,” Romney deadpanned.

In a trip to the poorest state in the union, Romney also renewed his call for a national fight against what he calls “chronic generational poverty,’’ and began elaborating on the kinds of policies he would push if he mounts a third presidential campaign.

Top Republican activists and donors have been eager to hear Romney provide a clearer rationale for why he thinks he deserves another shot — and how this campaign would be different.

Now, no matter how well intentioned Mr. Romney might be about addressing the issues of poverty, his comments about the “47 percent” will probably undercut him here, along with the stories about his car elevator in his garage. He also continues to struggle with evangelical voters, which is something that Mr. Bush could’ve capitalized on if his views on immigration and Common Core didn’t split that demographic down the middle.  Yet, right now, Bush commands a significant lead in Iowa. There’s also the issue of health care, where Romney is certainly not the guy to be our standard-bearer in that conversation.

Don’t get me wrong; Hillary has similar issues with portraying herself as a woman of the people. She really hasn’t been since Bill Clinton was elected Governor of Arkansas.

Nevertheless, one would think that Romney would keep his top guys on his side, or at least be more aggressive in doing so, if he was considering a third run for the presidency.

Or, is this the prelude to a Bush/Romney ticket? Okay, Okay, I’m just trolling with that one. Yet, these two titans of the GOP establishment had a meeting in Utah last week, but no agreement could be reached regarding issues relating to  their possible presidential ambitions.

“Governor Bush enjoyed visiting with Governor Romney today in Salt Lake,” said Bush spokeswoman Kristy Campbell. She did not go any further than that.

Translation: a bloodbath is possible.

In the meantime, let’s just wait and see what Gov. Scott Walker plans to do.