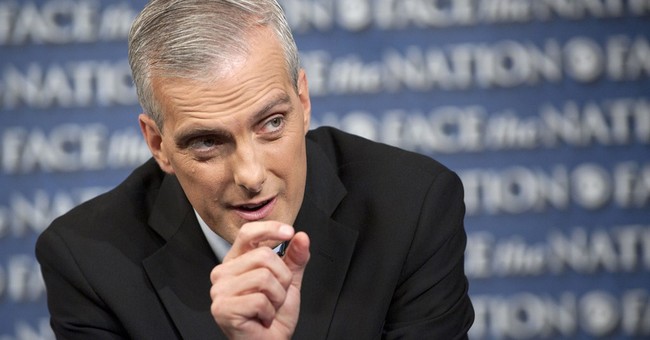 This hasn’t been a good week for the Obama administration in the realm of foreign affairs. Members of President Obama’s own party seemed aghast at his talking points on Iran; New Jersey Democratic Sen. Bob Menendez said they sounded like they were drafted from Tehran. In Yemen, U.S. officials suspended counterterrorism operations due to the state’s security apparatus now being in rebel control. The Shiite rebels–the Houthis–allegedly have ties to Iran, and are in control of the Yemeni capital, Sanaa. Yemen’s president, prime minister, and cabinet all resigned en masse last week; the country is virtually in anarchy.

ISIS is still capturing and beheading people, the latest victims being two Japanese citizens; one of which was beheaded over the weekend. Given this tragic news, what about the third American hostage still in ISIS’ hands? We know she's a 26-years old woman, who was as an aide worker in the Syrian city of Aleppo. Now, thanks to White House Chief of Staff Denis McDonough’s slip of the tongue on ABC News' "This Week," we know her first name; he was doing a marathon circuit on the Sunday morning talk shows yesterday. Bernadette Meehan, National Security Council spokesperson, said, “We don’t have anything to add, other than to request again that you not use the name of the individual.”

ABC News still lists her name on the transcript of the January 25 broadcast of "This Week." On a side note, I’m following what our sister site­–Twitchy–has done and will not publish her name, though as I’m writing this at 11:30pm; ABC News has yet to redact their transcript.

GEORGE STEPHANOPOULOS: We also have that threat from ISIS.

Any hope of saving that second Japanese hostage?

And do we have any information on the American woman still being held?

DENIS MCDONOUGH: Well, the president had a good talk overnight, our time here, with Prime Minister Abe, underscoring our continued support for and partnership with the Japanese, they making this huge investment of, you know, halfway around the world, like we are, in Iraq and Syria against ISIS.

And as it relates to our hostages, we are obviously continuing to work those matters very, very aggressively. We are sparing no expense and sparing no effort, both in trying to make sure that we know where they are and make sure that we're prepared to do anything we must to try to get them home.

But [redacted]’s family knows how strongly the president feels about this and we will continue to work this.

As Foreign Policy magazine pointed out, “This is the first time that any part of the aid worker’s name was revealed by the administration. U.S. officials and the hostage’s family maintain the release of her identity draws more attention to the case, making it harder to negotiate her release.” They also didn’t publish her name.

Is this administration “asleep at the switch?” That’s pretty much what the panel discussed with CBS News’ Bob Schieffer on "Face The Nation."

The Washington Post’s Dana Milbank noted the “extraordinary disconnect” this administration exudes on the foreign policy front, citing that there were less than 65 words dedicated to counterterrorism. The Atlantic’s Jeffrey Goldberg noted that by the time Obama leaves in 2017, he could leave hundreds of thousands of square miles open for Islamic terrorists to plot attacks against the United States. USA Today’s Susan Page also mentioned the intelligence failures of this administration, with CBS News’ political director John Dickerson noting that Obama had used Yemen as a model for counterterror operations. That’s looking incredibly awkward now.

“You are just not aware of what’s going on,” said Dickerson, channeling the critics of the critics of Obama’s “smart power” foreign policy. It seems to be right though.

Oh, and let’s not forget this administration didn’t know the Pentagon was sending Israel munitions without their approval.

In the meantime, the White House has denied reports that they've suspended counterterror operation in Yemen.

As we are seemingly heading towards a geopolitical disaster in the Middle East and the greater Islamic world, this tweet from Guy never gets old:

It's an excellent time to be an anti-American regime.