Grand Jurors Say Gov. Perry Is Being 'Disrespectful,' Or Something 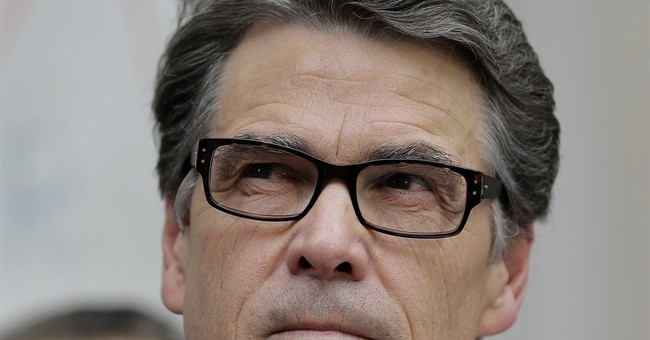 Several members of the grand jury that indicted Texas Gov. Rick Perry on abuse of power charges are a little hurt that the governor labeled their actions as politically motivated (via Houston Chronicle):

Several members of the grand jury that indicted Gov. Rick Perry said Tuesday that his claim the indictment was based more on politics than substance is unfair and disrespectful to the months of work they put in.

The jury, which met weekly for four months, "really tried to keep an open mind and come to a fair decision given all the testimony that we heard," said Janna Bessin, one of the 12 Travis County residents appointed to serve on the grand jury.

"It's too bad," Bessin said, calling the criticism unfair. "But I guess that his side's job – to really spin it."

The charges are related to Perry's threat to veto funding for the Travis County District Attorney office's Public Integrity Unit unless District Attorney Rosemary Lehmberg resigned following her drunken-driving arrest and the widely-viewed video of her booking in which she was belligerant with police officers. Lehmberg refused and Perry vetoed the $7.5 million in state funding for the Public Integrity Unit.

Gov. Perry has actually seen commentaries and editorials from across the political spectrum saying how this indictment is a gross exercise in overreach. Former White House adviser David Axelrod called it “sketchy.” The New York Times, which isn’t a fan of Gov. Perry, criticized the charges as “overzealous.” Jonathan Chait, former editor of the New Republic, called this whole fiasco “unbelievably ridiculous.”

Oh, as for the jurors speaking out, it seems like you're breaking the law. Bryan Preston over at PJ Media has what Texas law says about the oath of grand jurors:

Now, as to Texas law. Here’s what it says.

When the grand jury is completed, the court shall appoint one of the number foreman; and the following oath shall be administered by the court, or under its direction, to the jurors: “You solemnly swear that you

will diligently inquire into, and true presentment make, of all

such matters and things as shall be given you in charge; the

State’s counsel, your fellows and your own, you shall keep secret,

grand jury room, in a criminal case, shall be under investigation.

You shall present no person from envy, hatred or malice; neither

shall you leave any person unpresented for love, fear, favor,

affection or hope of reward; but you shall present things truly as

they come to your knowledge, according to the best of your

understanding, so help you God”.