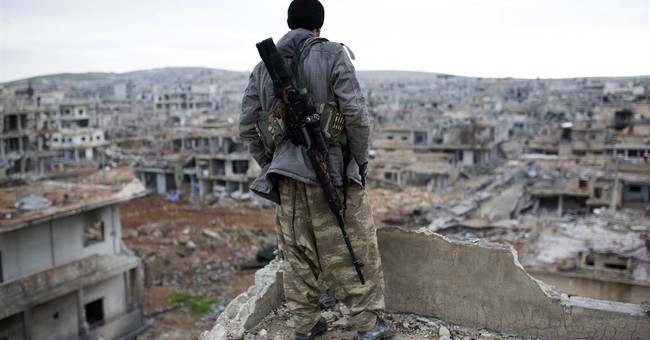 The United States and its allies will have an increasingly difficult time ‘degrading and ultimately destroying’ the Islamic State, and al Qaeda for that matter, given the simple fact that their ranks continue to swell—particularly from foreign fighters.

According to a new United Nations report, between mid-2014 and March 2015, more than 25,000 people from over 100 countries came to join the fight. In other words, there was a 71 percent increase in the number of foreign fighters worldwide.

[The panel of experts monitoring U.N. sanctions against al-Qaida] said the scale of the problem has increased over the past three years and the flow of foreign fighters "is higher than it has ever been historically."

The overall number of foreign terrorist fighters has "risen sharply from a few thousand ... a decade ago to more than 25,000 today," the panel said in the report to the U.N. Security Council.

The report said just two countries have accounted for over 20,000 foreign fighters: Syria and Iraq. They went to fight primarily for the Islamic State group but also the Al-Nusra Front. […]

In addition to Syria and Iraq, the report said Afghan security forces estimated in March that about 6,500 foreign fighters were active in the country. And it said hundreds of foreigners are fighting in Yemen, Libya and Pakistan, around 100 in Somalia, and others in the Sahel countries in northern Africa, and in the Philippines.

Unfortunately, and as the panel notes, this is a huge problem that “pose[s] an immediate and long-term threat” that needs to be tackled on many levels. This includes, but is not limited to, preventing fighters from returning to their home countries, staying on top of foreign fighters’ travel, particularly those from Western nations, and trying to stop the radicalization and recruitment of people to begin with.

No easy feat, to be sure, but one the global community must address before the problem gets even worse.