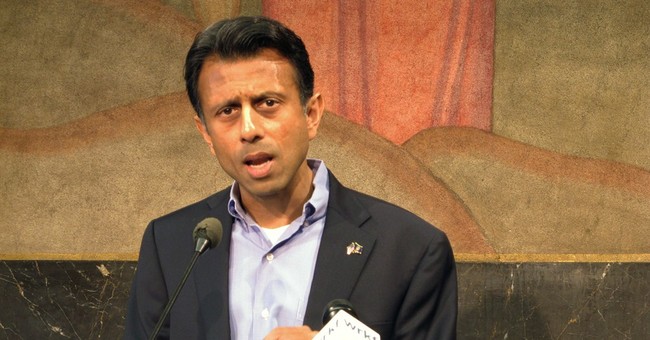 Defying state lawmakers and a top education official, Gov. Bobby Jindal announced on Wednesday plans to pull Louisiana from Common Core education standards and federally subsidized standardized tests, declaring on Twitter that the Bayou State will not be bullied by the federal government.

Speaking in Baton Rouge on Wednesday, Mr. Jindal said he sent a letter to the Partnership for the Assessment of Readiness for College and Careers notifying them that the state will not use the tests it is developing for Common Core. He also issued an executive order requiring state education officials to have competitive bidding for the standardized tests.

He also directed the state education officials to develop “Louisiana standards” that state lawmakers could take up in their next legislative session.

The legislature did not act to scrap Common Core during its legislative session earlier this month.

While Jindal’s move would make the state the fourth in the nation to back out of Common Core, Indiana, South Carolina and Oklahoma all did so with support from the legislative branches, so don't think this isn't going to go to court.

Meanwhile, a top education official in the state says Jindal can’t unilaterally get rid of the standards so they will implement them anyway.

“The state will continue to implement the Common Core Standards… this is a long term plan we have been working on for four years and committed to another 10 years of implementation. We are not willing to subject our children to last minute changes to throw our system into educational chaos,” said John White, the state’s superintendent of schools.

Since the Louisiana governor showed early support for Common Core standards, some are calling his change of heart a political maneuver as he considers a run for the White House.

“This is an important enough matter where we’ve got to take a stand, and as governor of this great state, one of my responsibilities is to make sure we don’t give up on our Tenth Amendment right,” Jindal said, reports the Washington Times. “That we don’t give up to the federal government powers that don’t belong to the federal government. These are powers that belong to state and local government. This is an important enough fight.”

Jindal said he eventually came to see Common Core as a federal takeover of local education, but it’s just as likely he’s got his eye on 2016.