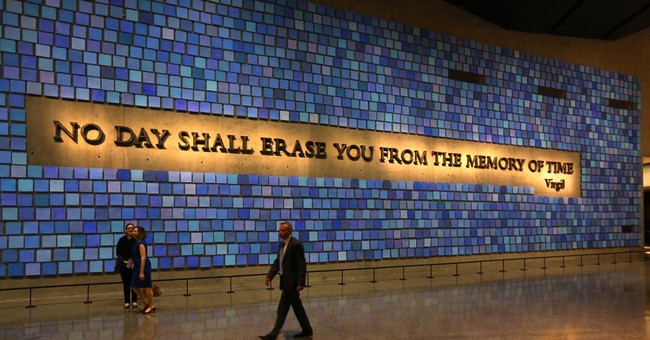 Earlier this week Cortney brought your attention to the controversy surrounding the 9/11 Memorial Museum’s gift shop, which sells everything from t-shirts to doggie vests and toy trucks. Now, however, The Daily News is reporting that on Tuesday evening the Museum closed its doors to host a VIP party celebrating its grand opening.

The sacred site that contains the remains of 1,115 unidentified victims became a private club for invited guests Tuesday night, sources told the Daily News — and some first responders were turned away during party preparations.

Former Mayor Mike Bloomberg and Condé Nast honchos were among those who nibbled crab cakes and shrimp cocktail hors d'oeuvres at the black tie affair, billed as a dedication ceremony, according to sources.

But one museum employee at the event, who spoke on condition of anonymity, described it as a festive affair.

“They were drinking, eating and laughing when this is pretty much a gravesite,” the employee said.

The Information Desk on the museum’s lower level was converted into a bar for the night, the employee said.


It’s only been a mere 13 years since nearly 3,000 Americans lost their lives on September 11. The reality is that the tragedies of that day are still very alive for the family and friends of people who died, and for those who experienced the horrors firsthand. Under no circumstance should anyone be celebrating there, ever.