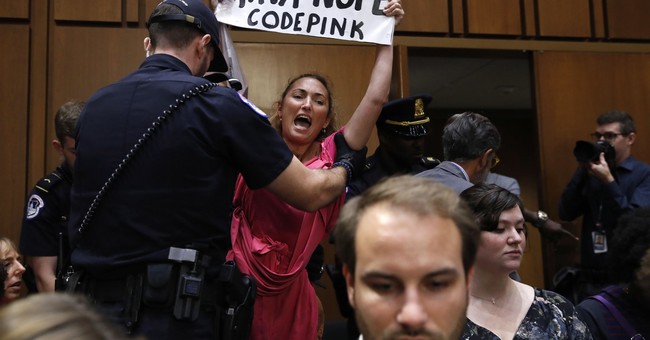 “There are not going to be any questions asked of the nominee tomorrow,” he argued on CNN Monday, “it’s just going to be every senator on the committee droning on with ten minute opening statements and then finally at the end of the day we’ll hear from Brett Kavanaugh and then they’ll adjourn and they won’t ask any questions till Wednesday so how about just walking out on Tuesday?”

"Senate dems need to show this is not business as usual. I think walking out would make quite a statement." @brianefallon says of the Kavanaugh hearing today. But also says Dems could then show back up to ask questions Wednesday. pic.twitter.com/yJ5DKJJ0d8

Fallon cited recent Fox News polling that showed voters were split 45-46 percent on whether or not to confirm Kavanaugh. He interpreted this to mean that the public “wants to see Democrats do everything that they can to block this nominee.”

“Senate Democrats need to show that this is not business as usual,” he concluded. “I think walking out tomorrow would make quite a statement.”

While Democrats have been putting up quite the opposition at Judge Kavanaugh’s hearing Tuesday morning, some at least have said they disagreed with the idea of walking out.

Sen. Amy Klobuchar (D-MN) told Chuck Todd on “Meet the Press” Sunday that she disagreed with the idea of a walk out.

"We need that opportunity to ask the questions,” she emphasized. “And if we just walked out, it would simply be one side asking the questions. So I don't think that's the way you examine a nominee and get the facts out."